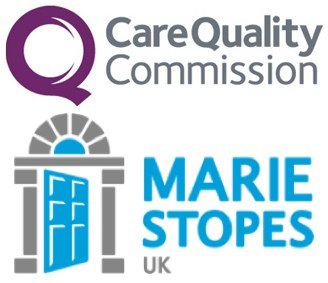 In a damning new report*, England’s Care Quality Commission (CQC), has exposed the widespread practice at Marie Stopes abortion clinics of employees being offered bonuses to encourage women to have abortions. The Pro Life Campaign said: “this latest abuse at the heart of the abortion industry cannot be treated as another ‘news in brief’ story in Ireland simply because it might make some people campaigning for Repeal of the 8th Amendment uncomfortable.”

Dr Ruth Cullen of the Pro Life Campaign said: “In recent months, there have been several extremely serious scandals involving abortion providers, including the devastating documented revelations about botched abortions at Marie Stopes and other abortion clinics in England.

The abortion industry is highly competitive

“The latest scandal involving Marie Stopes employees being offered bonuses to encourage women to go through with abortions makes a nonsense of the ‘pro-choice’ claim that abortion providers trust women and offer them real choices. The truth is the abortion industry is highly competitive and largely money driven.

The latest report from CQC, the health service watchdog in England, reveals that staff at Marie Stopes run clinics were being encouraged to contact women who had changed their minds about having an abortion to try and get them to reconsider rescheduling their abortions. One clinic was described by staff as a ‘cattle market’ with a ‘very target driven culture’.

In response to this, Dr Cullen said: “There has been evidence for years that abortion clinics operate like conveyor belts, trying to hit daily targets for the number of abortions performed. In the debate on abortion in Ireland at present, there’s a noticeable effort being made to suppress stories about the dark side of abortion in order to smoothly pave the way for repeal of the 8thAmendment. Those in politics and the media who are facilitating this completely skewed debate have no right claiming to be champions for women. If they had the slightest concern for the welfare of women, they wouldn’t be so zealously committed to covering up the horror stories and human rights abuses that come with legalised abortion.

Marie Stopes vs family and friends

The CQC report also reveals that family members or friends who might encourage the pregnant woman to reconsider going through with the abortion were ‘seen as an inconvenience’ and their presence was strongly discouraged by staff at Marie Stopes.

“Nearly 200,000 abortions were carried out in England and Wales last year,** most of which were paid for by the taxpayer. This report shows that abortion providers are not providing a service out of concern for women but instead are engaged in a business that often hurts women and always ends babies’ lives.

“In any sector, when considering changing our laws, we would look at the full impact of the law in other countries – whether we like what comes to light or not.  The fact that the Joint Oireachtas Committee on the 8th Amendment has shown absolutely no curiosity about what abortion has actually meant in places like Britain is simply not acceptable.

“The Irish public deserve to hear about these revelations before any referendum designed to dismantle the 8th Amendment is even considered. The debate at the moment is ridiculous, it’s so one-sided”, Dr Cullen concluded.