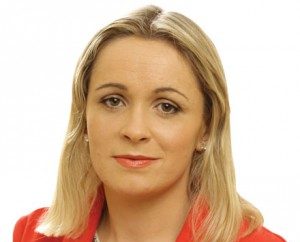 The Pro Life Campaign has said that the suspension of Carol Nolan TD by the Sinn Féin leadership shows that there is no real respect for the choices women make unless they are in line with the repeal of the Eighth Amendment.

The PLC was responding to the news that Deputy Nolan has been suspended from the party for three months for voting against the government’s proposal to hold a referendum on the Eighth Amendment.

“Sinn Féin would have us believe that they want women to have the ‘right to choose’ but the suspension of a TD for voting in line with her conscience shows that this claim amounts to lip service only.   When Deputy Nolan exercised her right to choose by voting against the holding of a referendum to remove a human right from our Constitution, we saw exactly what respect the party leadership had for that choice.  They moved immediately to suspend her for three months, effectively excluding her from the party until after the referendum.   This is not ‘pro-choice’ or even ‘pro-woman’.  Instead, it exposes the fact that the party are in favour of choice in name only and is a sad reflection on our democracy.”