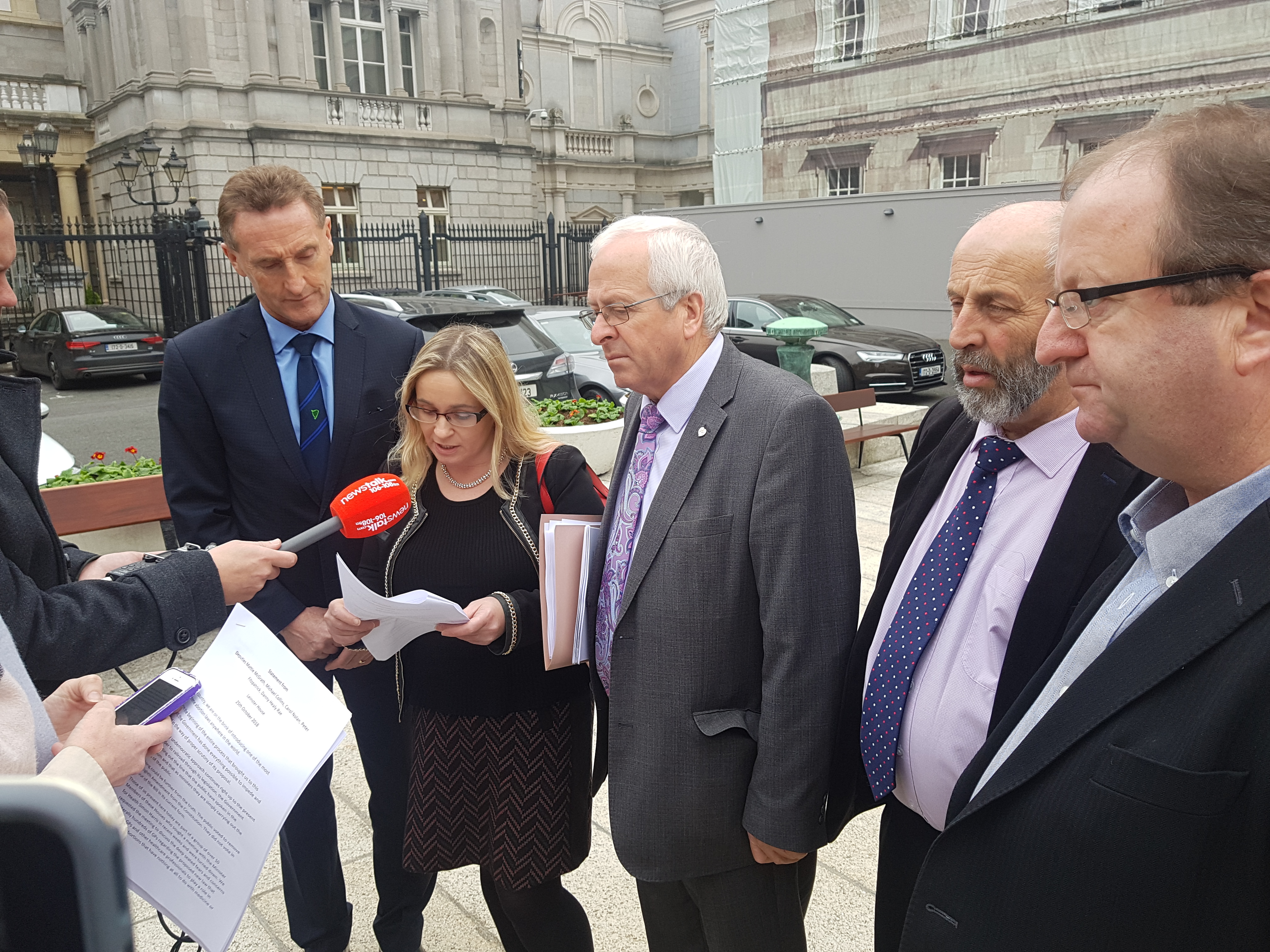 The Minister For Health has refused to accommodate ten TDs who requested a meeting with him over their grave concerns regarding the abortion Bill.

Below is the text of the Statement read at the event:

As a country, we are on the brink of introducing one of the most extreme abortion laws anywhere in the world.

From the beginning of the entire process that brought us to this point, the Government has done everything possible to impede and stand in the way of proper scrutiny of its proposal.

This deeply undemocratic approach continues right up to the present day. In order to railroad through its legislation, the Government keeps trotting out the line that the public have spoken in the referendum and that as ministers they are simply carrying out the wishes of the public.

Nothing could be further from the truth. The public voted to remove the Eighth Amendment from the Constitution. They did not vote in favour of the Bill in its current form.

Those of us present here today are part of a group of over 10 Members of these Houses who sought a meeting with the Minister for Health Simon Harris in recent weeks and were turned down. We requested the meeting to discuss the deep seated fears and concerns of literally hundreds of GPs regarding the proposed new law that compels GPs and other healthcare professionals to play a role in facilitating abortions that have nothing at all to do with medicine or healthcare.

It is now very clear for everyone to see that the Minister for Health is only consulting with medics and politicians who agree with his proposal or those who seek to change the Bill along the lines of removing abortion as an offence of any kind.

He has firmly shut the door on everyone else so that no group or individual can properly scrutinise the Bill and ask the hard questions that need to be asked.

Every person of goodwill should be horrified that the Bill makes no provision for proper freedom of conscience protections for doctors, nurses and other healthcare professionals to opt out of being involved in abortions. The Bill contains no provision that ensures babies will administered pain relief before a late term abortions taking place. There is no provision in the bill that makes sure babies born alive from failed abortions will be given medical care and not left to die in the corners of hospitals as happens in other countries that have legalised abortion.

34% of the public voted No in the referendum. That’s 1 in 3 voters in Ireland. Last week’s Amarach poll showed that 80% of the public support proper freedom of conscience protections for healthcare workers. This result along with others shows that many Yes voters also support some of the amendments being put forward by the pro-life side. Simon Harris however is acting like everyone supports his extreme Bill while the opposite is clearly the case.

We decided to hold today’s press event to draw attention to the scandalously undemocratic way the Government is behaving on this issue. It is time for the Government to show some goodwill and to acknowledge rather than gloss over the very real concerns about some aspects of the Bill, particularly among hard working GPs. There is no excuse for rushing the amendment stage in the coming weeks. We call on Simon Harris to listen to the sincere concerns about the more extreme aspects of the Bill and to be open to rather than closed to fair and reasonable amendments. He promised before the referendum that there would be ‘ample time’ during this part of the process for changes to be made. He has a profound duty to now honour this promise that he made.