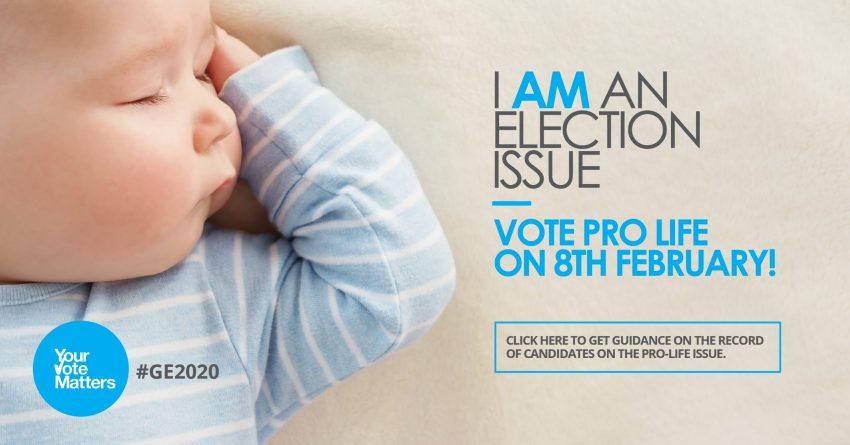 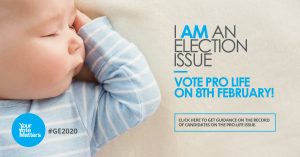 The Pro Life Campaign is urging its supporters to only vote for candidates with a consistent pro-life record in the General Election tomorrow.

The group has published a list on its website  outlining the stances of all general election candidates on the abortion issue.

Commenting on the information published on candidates, Eilís Mulroy of the Pro Life Campaign said: “Voters are entitled to know where their candidates stand on this most important issue. We have taken great care to publish a fair and accurate account on the position of every candidate.

Ms Mulroy said: “Pro-life supporters feel very let down by the leadership of the main political parties and how they abandoned the rights of unborn babies and denied the public the opportunity to adequately hear the pro-life side of the story before the 2018 referendum on abortion.

Ms Mulroy continued: “In the upcoming election, voters have an opportunity to vote for candidates who took a principled stance for life in the referendum and honoured the pro-life promises they made at previous elections. Ireland desperately needs more politicians with back bone who don’t renege on promises given.

She said that the group is “urging all pro-life supporters to check the Pro Life Campaign website here before voting tomorrow. Most of the candidates deserving support are running as Independents or from parties like Aontú and other smaller parties that have strong pro-life positions. There’s also a number of candidates from the main political parties who deserve our backing – candidates who have consistently adopted a pro-life stance and who stood up to their party leaders on the issue. Aside from these obvious exceptions, it is not possible for us to recommend candidates from the main political parties on this occasion. The fact that these parties even refused to concede to pain relief being administered to unborn babies during late term abortions simply cannot be overlooked or explained away.

Ms. Mulroy also urged voters to use the PR-STV system to transfer their votes down along the ballot paper to be most effective in influencing the make up of the next Dáil.

“Most of all, ensure that you exercise your vote tomorrow in a way that achieves the most for unborn babies and their mothers.  Assist others who may need help to get to the polling station and use your numbers 2, 3, 4 etc to vote for the best possible combination of candidates in your area”, Ms Mulroy concluded.