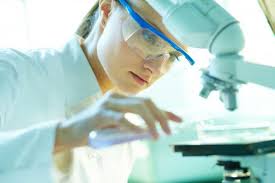 Amid calls by researchers at a conference in NUI, Galway for wider availability of embryonic stem cells for scientific research, Caroline Simons of the Pro Life Campaign has said that results-based stem cell research should be promoted instead.

In a statement she said:
“For years now, those who push embryonic stem cell research (ESCR) have been trying to convince the public of the potential to cure a number of diseases but the reality is that ESCR has produced virtually no scientific or medical breakthroughs.”
“On the other hand, adult stem cells and induced pluripotent stem cells, which present no ethical dilemmas for scientists, continue to produce astounding clinical results.”
“Just last week it was reported that  a 40 year old paralyzed man from Poland can now walk again with the aid of a frame after breakthrough surgery transplanted cells from his nose into his spinal cord, which had been severed in a knife attack.”*
“And we know that companies, like Geron, a US-based firm which was involved in carrying out the first US government-backed embryonic stem cell research ceased it’s operations in recent years because of a lack of progress in the area of embryonic stem cell research.”
Ms. Simons pointed out that adult stem cell science presents the best possible outcome in that it does not involve the destruction of human life and it is repeatedly demonstrating its worth in medical and scientific terms.
“Focussing on embryonic stem cell research distracts from the successes of adult stems cell research that is producing tangible results. The Government and our universities should be committed to promoting ethical research that deliver results for patients. That’s a win-win solution”, she concluded.
Ends