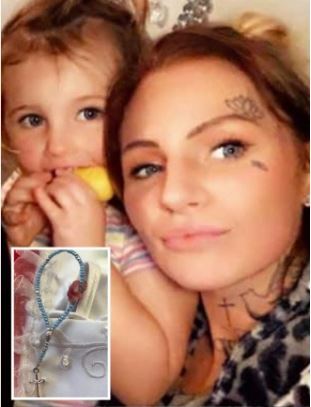 A mum has told of her devastation after her baby boy was born alive after an abortion at 18 weeks – and lived for ten hours.

Loran Denison, 27, from Lancashire, was pregnant with her fourth child, when a test at 15 weeks revealed he had Edwards’ syndrome.

She decided to opt for an abortion after being told her son was unlikely to be born alive.

She took the pills given to her and returned to hospital to be induced at 18 weeks and four days – but was astonished when her son was born breathing and alive.

She describes as “torture” the experience of watching her baby die. She said: “I’m glad I had that bit of time with him, but it also made the situation much harder.

“I thought I had done the hard bit when I made the difficult decision to have an abortion, but now it feels ten times worse.

“I just want other mums to know in case this happens to them. I had to watch his heartbeat getting slower and watch his life draining out of him. You just want to keep your children alive. It was like torture.”

The Irish media specialises in keeping horrific stories like this hidden from the public. On the rare occasions that they receive coverage, the media manage them in a way that ensures they don’t get a chance to influence the debate on abortion in any way. It’s another reason why exposing media bias and corruption is such an important task for us to continue to focus on.