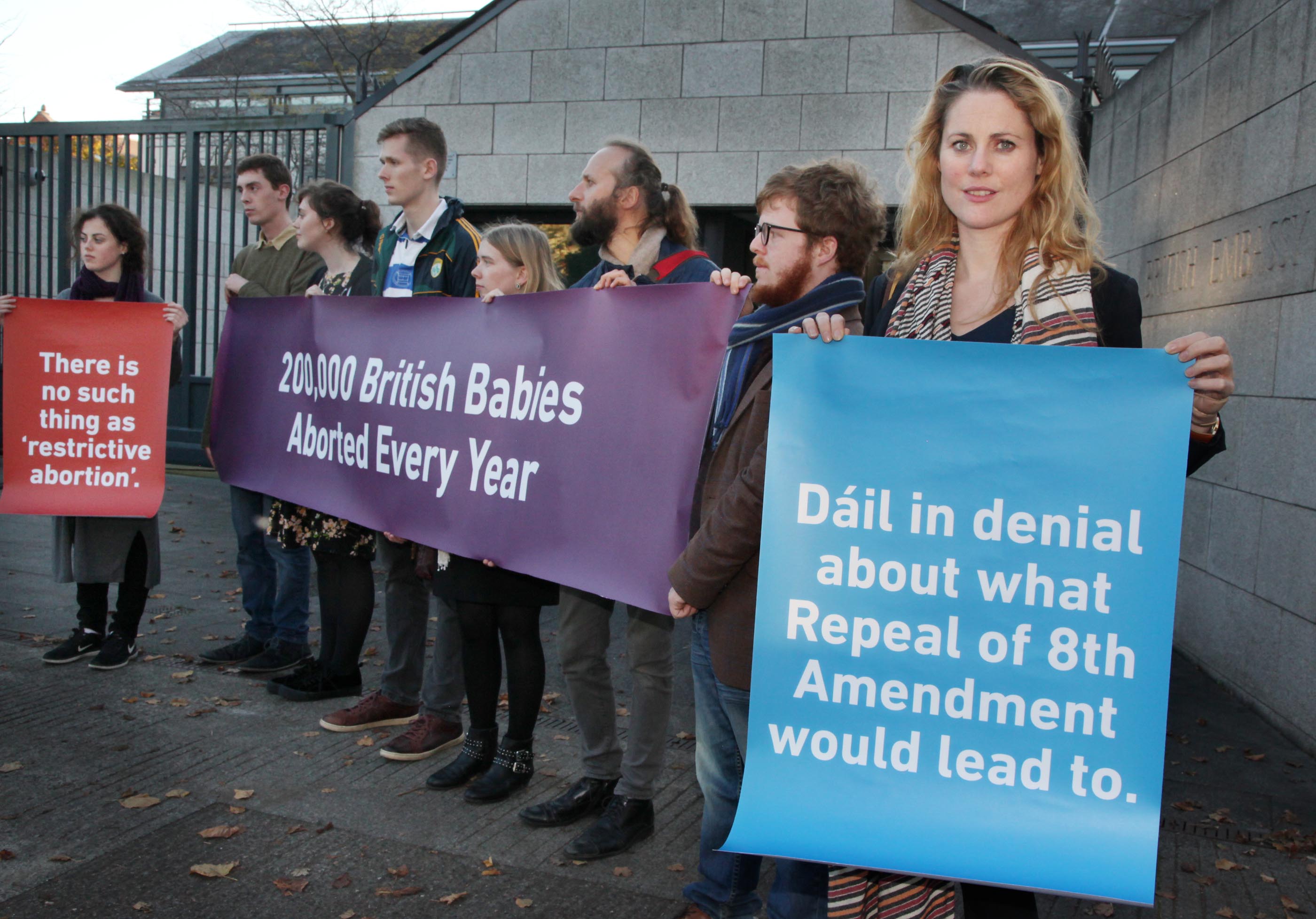 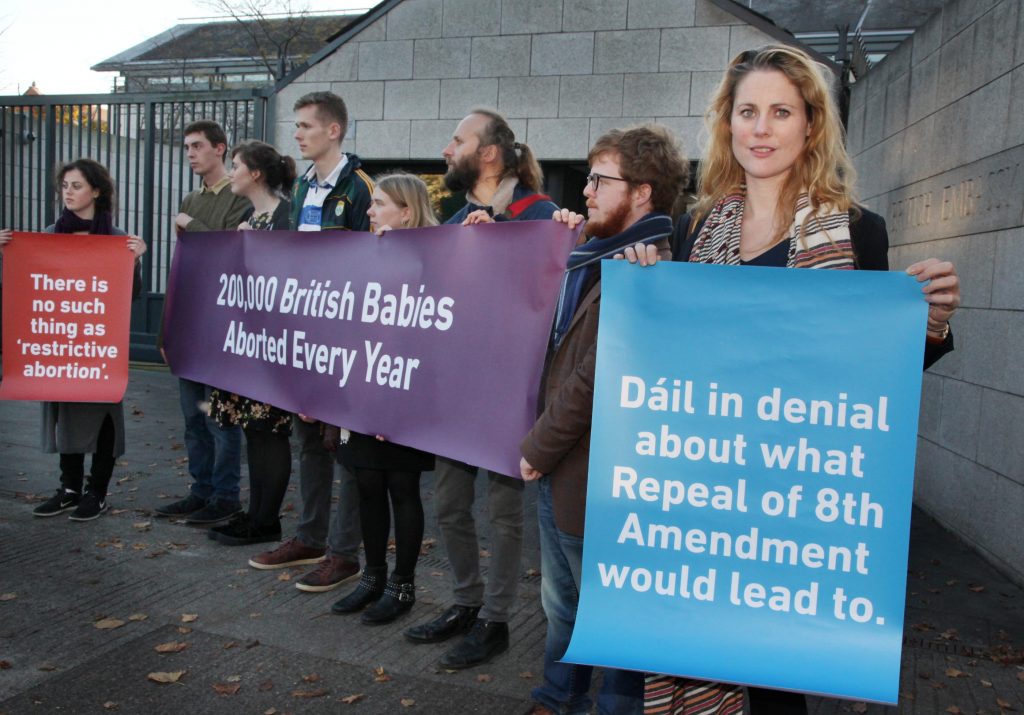 Today is the 50th anniversary of the introduction of abortion in Britain. The Pro Life Campaign held a short awareness event at 4.30 pm outside the British Embassy in Dublin marking the occasion.

Speaking at the event, Dr Ruth Cullen of the Pro Life Campaign said:

“When abortion was introduced in Britain 50 years ago today, nobody envisaged that a law which appeared restrictive would lead to a situation where 1 in every 5 pregnancies is now aborted and where 200,000 abortions take place every year. What it proves is that there is no such thing as ‘restrictive’ abortion.”

“There is a big push in Ireland at present to repeal the 8th Amendment without any consideration being given to what an abortion regime would look like in practice. The Oireachtas Committee discussing the issue are totally ignoring this reality despite the fact that they have a responsibility to scrutinise the impact repeal would have on our society.  This very week, abortion provider Marie Stopes was exposed by the Care Quality Commission in England for giving bonuses to staff members who persuaded women to go through with abortions.  One clinic was described by staff as a ‘cattle market’ with a ‘very target driven culture.’

“There has been evidence for years that abortion clinics operate like conveyor belts, trying to hit daily targets for the number of abortions performed. In the debate on abortion in Ireland at present, a noticeable effort is being made to suppress stories about the dark side of abortion in order to smoothly pave the way for repeal of the 8th Amendment. Regrettably, the Oireachtas Committee is leading the way in keeping this information under wraps.  In turn, this is doing a huge disservice to women and their unborn babies. Today’s anniversary is a time for everyone to reflect on the enormity of what legalised abortion involves and the devastating impact it has on society and for the right to life.”