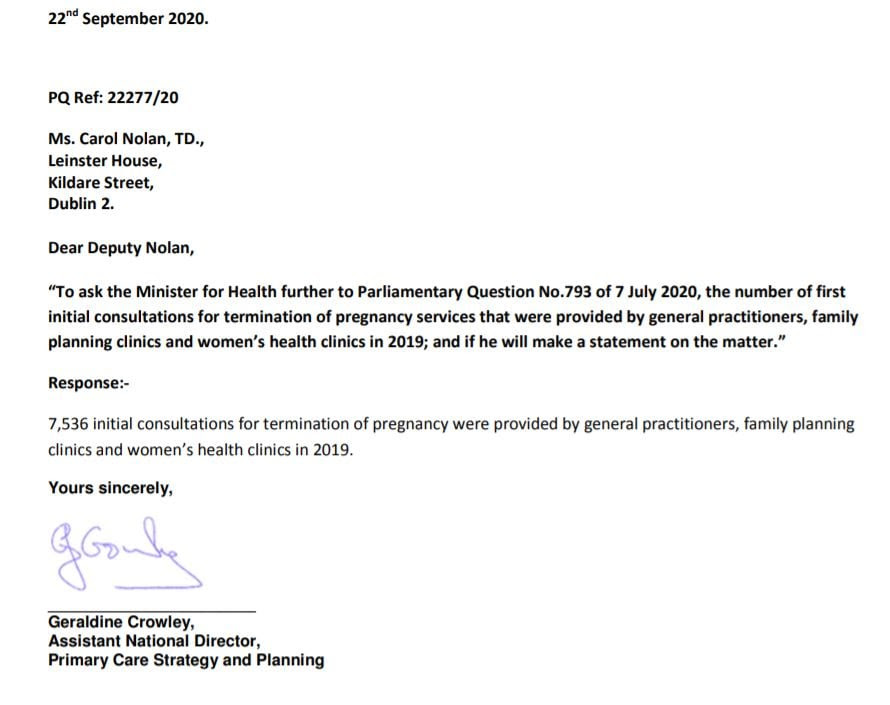 It is reasonable to posit that close to one thousand babies may have been saved from abortion because of the 3-day waiting period as stipulated in the legislation.

The claim that this number of lives were saved follows a recent parliamentary question (PQ) from Carol Nolan TD to the Minister for Health on the numbers of women who initially sought information about terminating their pregnancy versus the number of women who actually followed through with an abortion.

In reply to Deputy Nolan’s question, the Department of Health confirmed that 7,536 initial consultations about having an abortion were carried out in 2019 by GPs and ‘family planning’ clinics, with the official figure of 6,666 abortions actually taking place. It means that 870 women changed their mind and didn’t go through with the abortion.

It’s not possible to say with certainty why such a large number of women chose not to proceed after taking the initial steps to access an abortion. Given that State funded pregnancy counselling agencies don’t in any way promote positive alternatives to abortion, it is fair to conclude that the 3-day waiting period before an abortion takes place must be having some positive impact in providing women some space to reconsider having an abortion. The fact that abortion is legal at all is the real tragedy and we must never give up working for the day when the law is repealed. In the meantime, however, the 3-day waiting period should be kept and not abandoned as pro-abortion campaigners are seeking at present.