25.09.2014: “If anyone has medieval views on unborn human life, it is Deputy Coppinger,” says Sherlock 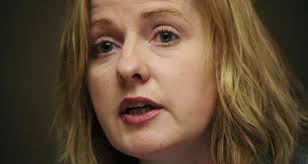 The Pro Life Campaign has said the Socialist TDs pushing for wider access to abortion are “in complete and utter denial regarding the humanity of unborn babies and the hurt and heartbreak of abortion for so many women.”

The PLC was responding to news today that Socialist TD’s Ruth Coppinger and Joe Higgins are tabling a Bill in the Dáil seeking a referendum to repeal Article 40.3.3 of the Constitution.

“Deputy Coppinger refers to legal protection of the unborn as ‘medieval’. If anyone has medieval views on unborn human life, it is Deputy Coppinger herself. She is relying on medieval ignorance about the development of the baby in the womb and chooses to ignore modern science. Both Deputies Coppinger and Higgins are in complete and utter denial regarding the humanity of unborn babies and the hurt and heartbreak of abortion for so many women. There is not a single mention in any of their utterances about the rights of unborn babies throughout the entire nine months of pregnancy. It is easy to talk about the right to abortion while at the same time conveniently airbrushing out of the equation any mention of the baby.

“The Bill being tabled today has nothing to do with life-saving treatments for expectant mothers. It is about stripping away any remaining legal protection for the unborn child to create a regime where abortion is available on request. Another very obvious reason why pro-choice groups are pushing so hard for repeal of the 8th Amendment is to create the false impression that last year’s abortion legislation is extremely restrictive. In truth, last year’s legislation is anything but restrictive. It allows for abortion up to birth in the case of threatened suicide and ignores all the medical evidence showing that abortion is not a treatment for suicidal feelings but can in fact have serious adverse consequences for women.

“The sponsors of today’s Bill cite the fact that there are opinion polls backing their call for repeal of the 8th Amendment. But if the public were asked in a poll ‘do you support the repeal of the Government’s new abortion law which allows abortion up to birth, based on no medical evidence,’ it would paint an entirely different picture. It would not be a loaded or misleading question to ask. It would merely reflect the reality of what is now legal.”