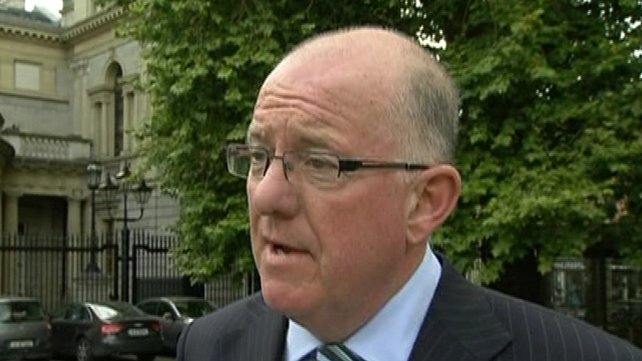 The Pro Life Campaign has strongly criticised the Minister for Foreign Affairs and Trade, Charlie Flanagan, for accepting an invitation to launch a document this evening at an event hosted by the Irish Family Planning Association.  In 2012, a national newspaper published evidence that the IFPA were giving what the Master of a Dublin maternity hospital described as “life endangering” counselling advice to women in crisis pregnancy.

Commenting on Minister Flanagan’s decision to officially preside at this evening’s IFPA event, Cora Sherlock, Deputy Chairperson of the Pro Life Campaign said: “The revelations that came to light about the IFPA were truly horrendous. It included counsellors advising women to lie to their doctors and say they had a miscarriage, not an abortion in the event of physical complications after an abortion. IFPA counsellors were also found to be openly coaching women on how to illegally import abortion pills to self-administer without medical supervision.

“The present government has shown itself to be incapable of ever challenging the pro-choice side in the abortion debate. It doesn’t matter how outrageous or life endangering the practices are, the Fine Gael/Labour government will use any excuse to give cover to those prominent in advocating abortion. It is a scandal that there has not been a single word of criticism from anyone in government about the dangerous and grossly irresponsible advice disseminated by IFPA counsellors. By his presence at the IFPA event this evening, Minister Flanagan is also deliberately turning a blind eye to the life-endangering counselling practices at IFPA run clinics.”

Ms Sherlock said “the IFPA have brazenly kept going as if nothing ever happened. They have never apologised for the outrageous conduct of their counsellors or admitted that what was going on in their clinics was wrong. They know they can rely on their friends in government to heap praise rather than hard questions about how they conduct themselves.

“It is very revealing though that since the information about their counselling practices came to light in 2012, the IFPA have not taken part in a single live TV or radio debate on the abortion issue or any issue. They are smart enough to know there is no way they can possibly defend what was going on.”

This evening’s launch organised by the IFPA takes place in Buswells Hotel, Kildare Street, Dublin 2 at 5pm. The title of the document being launched is: Factsheets on Health and Family Planning, Girls and Education, Young People’s Sexual and Reproductive Health and Rights, and Gender Equality and Women’s Empowerment.