23.04.2017: “Citizens’ Assembly votes for abortion on several grounds without any prior debate or expert guidance” – PLC 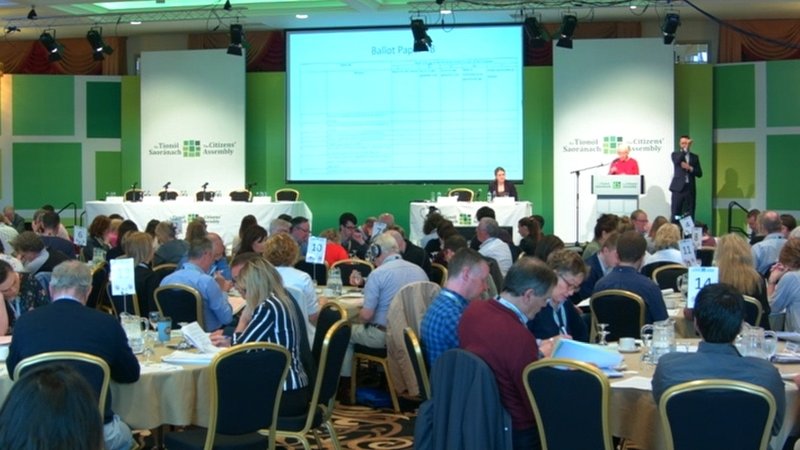 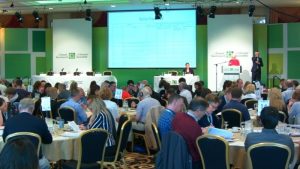 “Oireachtas Committee must examine how Citizens’ Assembly was allowed operate in such a farcical and chaotic way,” says Sherlock
The Pro Life Campaign has described as “farcical and wholly unacceptable” the way the Citizens’ Assembly voted for abortion on several grounds today without any prior debate or expert advice being sought before making decisions.
Commenting on the votes that took place over the weekend, Cora Sherlock of the Pro Life Campaign said: “One only had to follow the weekend proceedings to see how muddled, confused and managed Assembly Members had become.
“The Oireachtas Committee charged with considering the recommendations have a duty to first examine how the Assembly was allowed to operate in such a one-sided, unscientific and chaotic way. Assembly Members, for example, voted overwhelmingly for abortion on grounds of ‘mental health risk’ to the mother. They did so without a single presentation on the issue or hearing from any expert witnesses. One wonders if they are even aware that their decision flies in the face of the expert peer reviewed evidence in this area.”
Ms Sherlock continued: “There is absolutely nothing liberal or progressive about Assembly Members recommending a referendum to strip unborn babies of their right to life or making up gestational time limits for abortion just seconds before voting, without regard to the consequences the decision could have down the road for babies whose lives hang in the balance.
“The writing was on the wall for weeks after the Assembly invited groups like BPAS,[1] Britain’s largest abortion provider, to address them but never, for example, extended a single invitation to groups representing parents who say they owe the life of their child to the Eighth Amendment. This one-sided approach is typical of how the Assembly conducted its business from the get-go.”
Referring to any possible referendum in the future stripping protections from the unborn child, Ms Sherlock said: “It’s far from certain that it would pass. According to polls, support for dismantling the Eighth Amendment is extremely soft. With each passing day people are becoming more aware of what’s at stake and the barbarity of what happens in the name of ‘choice’ and ‘compassion’ once abortion is legalised.
Ms Sherlock concluded: “Understandably, pro-life supporters will be disappointed with today’s result but it’s no reason to become disheartened. Human rights don’t get old. They don’t pass their sell-by-date.
“When abortion is introduced, even on ‘restrictive’ grounds, it is only a matter of time before the grounds are expanded. When particular categories of human beings are singled out as unworthy of legal protection in the womb, we undermine respect for all human life, born and unborn. There is no escaping this reality. In spite of what the Citizens’ Assembly have done, I believe this message is starting to hit home with people. That can only be a good thing for the future of the Eighth Amendment.”
Ends
[1] BPAS (British Pregnancy Advisory Service) is Britain’s largest abortion provider. They regard unborn babies as having no right to life at all and routinely abort them right up to birth. BPAS received a scathing health and safety reprimand from the British Care Quality Commission in 2016 after 11 serious incidents in a 15-month period involving women being transferred for emergency medical care in hospital after undergoing an abortion in BPAS clinics. The Citizens Assembly invited BPAS to address them as “impartial experts” and never challenged them or flagged to the public any of the issues raised above.