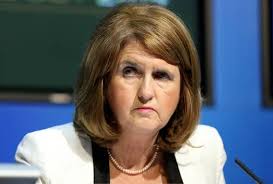 Tánaiste and others never highlight stories that show the negative side of abortion, says Cullen

Tánaiste Joan Burton said today that the Eighth Amendment of the Constitution did not serve the welfare of women and that we needed to reflect on this as a society on how to address it.

“It is very convenient for the Tánaiste and others in government to blame the Eighth Amendment for everything while turning a blind eye to the serious adverse consequences of abortion for women.

“If the politicians who are now pushing for more abortion had a track record in also highlighting the dark side of abortion they would have some credibility in talking about the issue. The reality is they always keep their heads down and run for cover when stories showing the negative effects of abortion emerge.

“A glaringly obvious example of this was when reports emerged last year that a woman from Ireland had died immediately after an abortion at a Marie Stopes clinic in London.  When the story broke, there wasn’t a word of concern expressed by any member of government including the Tánaiste and Minister for Health Leo Varadkar. The double standards in politics and much of the media on the abortion issue is now very much an issue in itself.

“Both the Tánaiste and Minister for Health also ignored the peer reviewed medical evidence when they voted for abortion in the case of threatened suicide last year. The expert evidence at the Oireachtas hearings before the legislation passed showed that abortion is not a treatment for suicidality but can have the opposite effect and pose serious adverse mental health consequences for women. It most certainly wasn’t in the best interests of women that members of the Government ignored this evidence in the manner they did.”