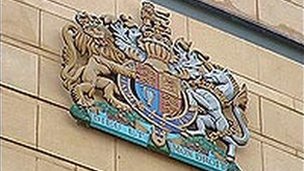 The Pro Life Campaign says it is “extremely surprised” by today’s decision of the Magistrates Court in Belfast to convict Precious Life leader Bernie Smyth of harassing Dawn Purvis, director of Marie Stopes clinic in Belfast.

A spokesperson for the PLC said: “Bernie Smyth has devoted her life to helping mothers and their unborn babies. The abortion debate is not without its tensions but I think many people will be alarmed at the decision to convict Bernie based on the evidence that was presented in court.

“I would be concerned also that the decision will have implications for freedom of speech and the right to protest peacefully on the pro-life issue.

“There have been very few convictions in recent times where clear harassment, intimidation and even violence took place, for example, during anti-austerity protests and more recently in the Republic over water charges. Yet in the case of Bernie Smyth where things appeared far from clear-cut, she was convicted. That has to be a cause for genuine concern. It is good news however that Bernie intends to appeal the conviction.”