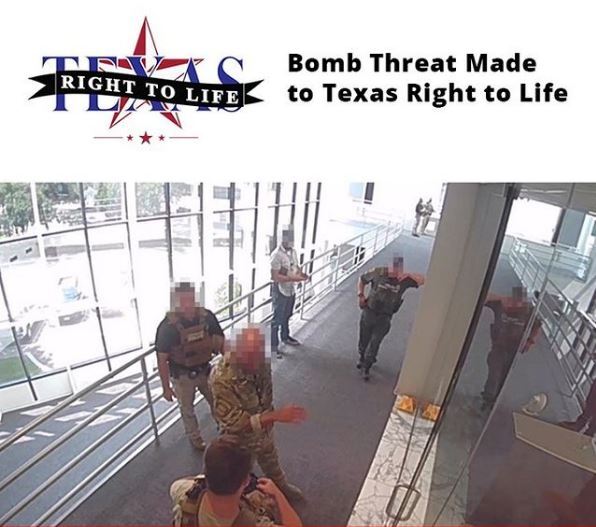 Last week, Texas Right to Life in Houston received a bomb threat, forcing pro-life organisation to evacuate its headquarters. The threat was issued in the form of an email, after which a suspicious package was discovered on the office premises. The threat happened just over a week after the new Texas Heartbeat Act came into effect.

Once the package was discovered, police officers immediately called in the Houston Police Department’s bomb squad. Police Chief Onesimo Lopez of the Bellaire Police Department told local media, “We take these kind of threats very seriously. Our Criminal Investigations Division is conducting an investigation into the threats and will follow up on any leads that develop. No other information is available at this time.”

Texas Right to Life has said that ever since the Texas Heartbeat Act went into effect, pro-abortion activists have been threatening the lives and well-being of their employees. The group said it “has taken proactive measures to ensure the safety of our staff since we began receiving violent messages online and by phone slightly before the Texas Heartbeat Act took effect.”

On 1st September, after the U.S. Supreme Court rejected a last minute appeal from pro-abortion groups to block the new law, unborn babies in Texas are now legally protected from the first detectable heartbeat (around five to six weeks gestation). It represents a major victory for the right to life and shows what can be achieved when pro-life people stay focussed and never lose heart in defending the noble cause of life.