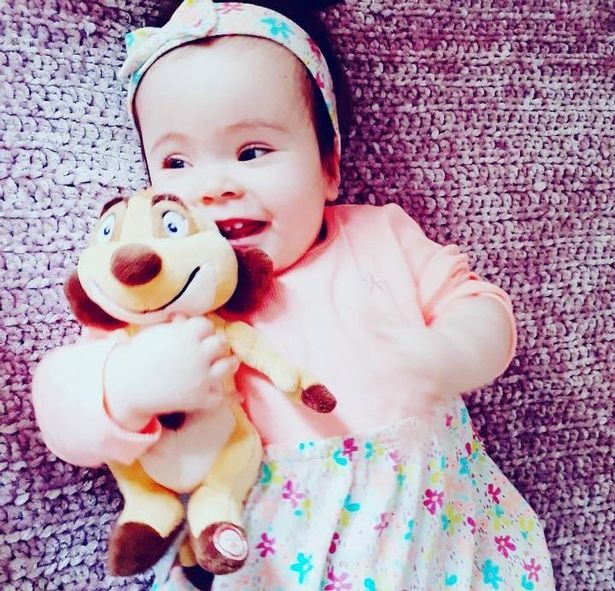 Dublin parents who were advised to abort their daughter are working hard to give their “miracle girl” the best of opportunity of life.

At the 30 week scan, Claire McDaid and Jay Needham were told by doctors that their baby would have no quality of life after it was discovered she had spina bifida. Claire and Jay ignored the advice to abort baby T.J. (named after her grandmothers Tina and Joan) and today she’s “the happiest wee girl” according to Claire.

Against all odds, T.J. who is 11-months old is showing promising signs of movement, and her parents want to give her the best opportunity to get as much power in her legs as possible. Mum Claire says: “We were told she would be paralysed from the waist down when she was born, but she can move her legs so we want to give her the best chance. Ireland is very behind in spina bifida equipment and treatment, so we have to go abroad. We’ve only been to see a physio three times, but I’ve been doing as much as I can with her and she’s coming on fine.”

Claire continued: “She will be in pain if she’s left in a wheelchair, we want her to be able to dress herself, to walk and not waddle, and have her own wee life.

“The treatment and all the special equipment for her costs about €40,000 and we really want to give her the best chance, even if people spared a fiver, it would make such a difference.”

You can donate to the fundraiser for baby T.J here.