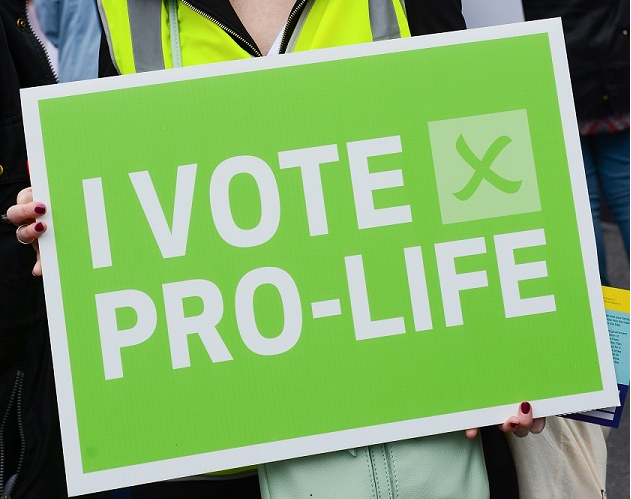 Many issues are troubling voters, but no issue is more important than protecting life. How we treat the vulnerable measures how civilised we are as a society.

It is shocking that the Government went ahead with abortion legislation in 2013 year when the medical evidence shows that abortion, far from helping women in pregnancy, may actually expose them to greater risk. The Government ignored the evidence and passed legislation which permits abortion throughout the full nine months of pregnancy.

It is important that politicians know that pro-life supporters are not happy about the current situation, which places women and their babies at severe risk of harm or loss of life. It is also important that we ensure that the politicians elected in the future are those who will work in Dáil Éireann to protect and defend the right to life of both.

When you cast your vote in the By-Election on 22nd May, only vote for Candidates and Parties who publicly oppose the Government’s abortion legislation and support the protection of human life from its fragile beginnings.

The Pro Life Campaign asked the following four questions of each of the candidates running in the Carlow/Kilkenny By-Election:

As a Member of Dáil Éireann and notwithstanding the position of your political party (if applicable) will you:

Apart from replies sent directly to the Pro Life Campaign arising from our own questions to candidates, the candidates have also made their views known elsewhere throughout the campaign.  The following is a summary of where each candidate stands on the issue of abortion.

The following four candidates told The Irish Times that they oppose abortion on demand but support abortion where the baby has a terminal illness. They did not respond to the PLC survey despite numerous attempts.

Use Your Vote to Protect Human Life on 22nd May