13.11.2017: PLC accuses Noone of making “highly misleading” statements about Committee 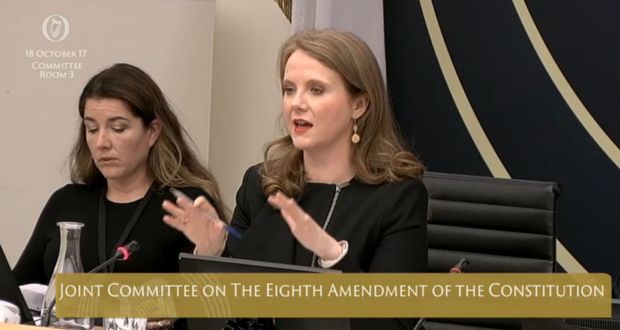 The Pro Life Campaign has accused Senator Catherine Noone of making “highly misleading” statements about how the Oireachtas Committee on abortion ended up so slanted against the pro-life position. At the weekend, committee Chairperson Senator Noone said the committee was having difficulty finding pro-life experts to present as witnesses.

Commenting on the weekend claims, Cora Sherlock of the Pro Life Campaign said: “The facts are not complicated. At the outset the committee invited 24 abortion advocates to present and just 4 pro-life speakers. Then, in an utterly bizarre move, the committee voted not to fully retain the 8th Amendment, before they had even heard from half of their invited witnesses. Since then, the committee has been scrambling to invite pro-life witnesses to give cover for the shambles they created.

Ms Sherlock continued: “It is simply outrageous for the committee chairperson to now turn around and blame the pro-life side for this mess. It is also extremely disrespectful of the committee to be inviting pro-life people to present after the committee already voted for abortion with no intention of reconsidering its stance. It is a double insult to try and use pro-life people in an attempt to create a false perception of balance.

Ms Sherlock concluded: “What’s really bugging the committee, I think, is the fact that pro-life people are wise to what’s going on and are not going to allow themselves be used to cover over the cracks. The issue is much too important for that. Nothing can restore the credibility of this committee which has been utterly biased and one-sided all the way through.”