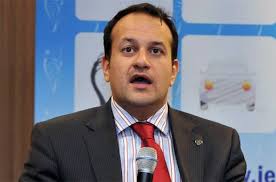 The Pro Life Campaign has said the responsibility for the failure of the HSE to properly implement new sepsis guidelines in pregnancy rests squarely with the Minister for Health and the Government. Media reports today reveal internal memos showing the war of words that has developed between Health Minister Leo Varadkar and the HSE over the failure to implement the patient safety recommendations.

“It’s a scandal that it took two years after the death of Savita Halappanavar for proper guidelines to be published on the management of sepsis in pregnancy. The fact, as reports today confirm, that there have been ongoing heated exchanges between the Department of Health and HSE over the failure to properly implement the recommendations is inexcusable. It raises very important questions about Government priorities and why they have tolerated the unacceptable delays in improving patient safety.

“The Government wasted no time in exploiting the Savita tragedy to get abortion legislation over the line. If the primary concern had been protecting women’s lives, expediting proper guidelines on the management of sepsis in pregnancy would have happened earlier but it was clear that nothing, not even patient safety, was going to get in the way of securing legislation on abortion  – legislation by the way that had nothing to do with the Savita case or safeguarding the lives of pregnant women.

She continued: “As far back as 2007, the inquiry into the death of Tania McCabe highlighted the need for clearer guidelines on the medical management of sepsis in pregnancy. There is no point in the Minister for Health blaming the HSE over delays in implementing recommendations. If the Government had shown the same commitment in delivering on proper guidelines for patient safety as it did in pushing through abortion legislation, there wouldn’t be a problem.

“It’s deplorable that even today the full implementation of the new sepsis guidelines has not taken place.”