13.06.2017: Drop in number of abortions for fifteenth consecutive  year welcomed by PLC 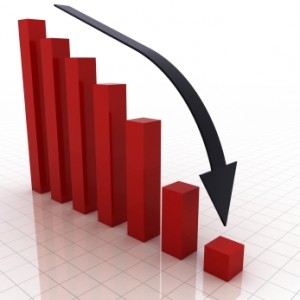 The number of women travelling to England and Wales for abortions has decreased for the fifteenth consecutive year according to official statistics released by the British Department of Health* today.

This represents a continual decline in the numbers since 2001 when the number of Irish abortions was at 6,673.

Welcoming the reduction in the number of abortions, Cora Sherlock of the Pro Life Campaign said:

“This is the fifteenth consecutive year that the number of Irish women seeking abortions in England has declined. It is a very welcome development.

“I find it puzzling however that some pro-choice advocates instead of welcoming the decline are using it as another opportunity to push for access to wide-ranging abortion in Ireland. The line they are adopting makes no sense. Surely, everyone should be welcoming the fall in the numbers and working to reduce them still further. Repeal of the 8th Amendment and creating wider access to abortion would have the opposite effect and see the numbers of abortions rise again.”

Ms Sherlock said: “There is no doubt the availability of the abortion pill online is a factor in the fall in the numbers of women travelling but it is being grossly exaggerated as a reason by pro-choice campaigners. The facts are the fall in the number of abortions has been happening for fifteen years now, a period of time much longer than abortion pills have been readily available online.

“No one can state with certainly the reasons for the decline. But the reasons are certainly more complex than pro-choice campaigners suggest. Something I have noticed on social media is the number of women expressing abortion regret in online discussion. It doesn’t receive much attention in the mainstream media and abortion advocates zealously dismiss it. Nonetheless, it is an issue that deserves more attention if we are to sincerely try to understand the different ways this issue impacts on the lives of people.”