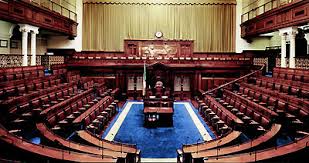 Issue should not be reduced to ‘political manoeuvring’ – Sherlock

The Pro Life Campaign has welcomed the defeat of the abortion bill introduced by Deputy Ruth Coppinger and voted on in Dáil Éireann today.  TDs voted 74 to 23 to reject the proposal which called for a referendum to repeal the 8th Amendment.

Deputy Chairperson, Cora Sherlock criticised the motivation behind the Private Member’s Bill, noting that there seemed to be more interest in political point-scoring than the well-being of women and their babies.

“Much has been made of the fact that one of the main reasons for Deputy Coppinger’s Bill was to highlight that Labour TDs would not vote in favour of it, despite the Party having passed a motion to repeal the 8th Amendment at their party conference.  It is deeply regrettable that this important and sensitive issue should be reduced to this kind of political manoeuvring.”

“The 8th Amendment is responsible for saving tens of thousands of lives in Ireland. There are many people alive today because the extra time needed by their parents to travel to the UK for an abortion meant that they had time to think, and ultimately change their minds.”

“As it represents the last remaining constitutional protection for the unborn, repealing the 8th Amendment would mean removing all legal protection for this group of vulnerable human beings. Repeated independent opinion polls commissioned by the Pro Life Campaign show that this is not what the vast majority of Irish people want.”

“It would serve the interests of women much better if Deputy Coppinger and others like her refrained from constantly bringing forward Bills pushing for wider access to abortion and instead devoted time at looking at new ways to help women keep their babies.”