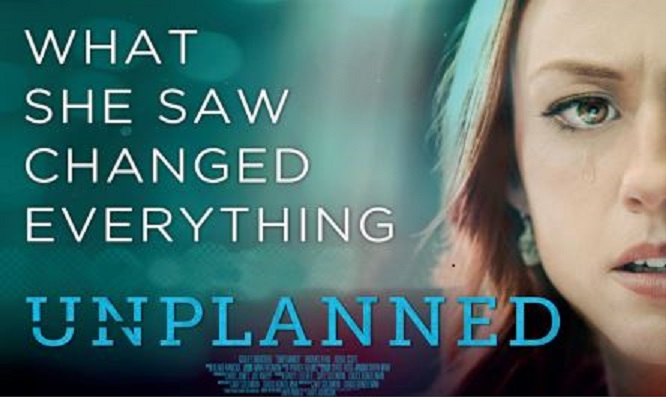 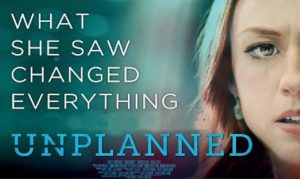 If you haven’t already seen the movie, see more info on locations and tickets here

The Pro Life Campaign has welcomed the success of the movie ‘Unplanned’ in Irish cinemas after its run was extended and expanded for the coming week.

The movie which tells the true story of Abby Johnson’s change of mind from being the director of one of Planned Parenthood’s largest abortion clinics to one of the most prominent pro-life advocates in the US, reached No. 4 in box office sales after its release in the US earlier this year. ‘Unplanned’ opened in Irish cinemas last weekend.

Commenting on the success to date of ‘Unplanned’ in Ireland, Eilís Mulroy of the Pro Life Campaign said:

“The movie opened last weekend in Ireland without any fanfare or advertising behind it and with less than one week’s notice that it would be shown in cinemas at all.

“Despite all this, news filtered out over the week that it was being screened in select cinemas and the numbers have kept growing. I’m not surprised it is doing well. Abby Johnson’s story is incredibly captivating from being an abortion clinic ‘employee of the year’ to one of America’s leading pro-life voices.

“All week we have been receiving encouraging feedback from people who’ve attended the screenings. The recurring reaction is that it shines a light on an aspect of the abortion debate that has been almost entirely absent in Ireland to date, namely the reality of what it’s like to work in the abortion industry. ‘Unplanned’ is an important ground-breaking movie for the issues it touches on and despite the subject matter, it is a movie that somehow offers lots of hope.

“During its limited release in Ireland to date, ‘Unplanned’ has attracted public protests and attempts have even been made to try and shut it down. It’s unfortunate that some have chosen to attack the movie without even getting their basic facts right. Abby Johnson is always willing to debate the issues raised in the movie with those on the opposite side of the debate. But some people don’t want to debate. Rather, they seem determined to do whatever it takes to dissuade people from attending the movie, lest they think for themselves and do their own independent fact checking. It’s somewhat amusing that these same detractors describe themselves as ‘pro-choice.’”

See a full list of screenings and book your tickets here