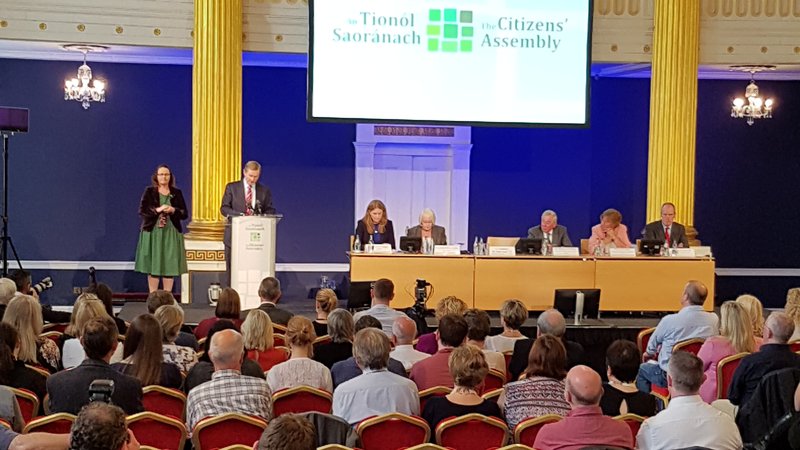 The Pro Life Campaign has said that yesterday’s response from the Chairperson of the Citizens’ Assembly to issues they raised about the biased and one-sided focus of the Assembly does not assuage their concerns.

Yesterday, Judge Laffoy took issue with weekend remarks by the Pro Life Campaign that suggested the Assembly was heavily slanted in favour of dismantling the Eighth Amendment. Judge Laffoy said that great care had been taken to ensure that the information presented to Assembly members was balanced and not coming with a bias or an agenda.

Responding to Justice Laffoy’s comments, Cora Sherlock of the Pro Life Campaign said: “We have acknowledged from the outset that the Assembly was given an impossible job from the Government to look at the issue in such a short space of time. But again, we take issue with the idea that the presentations to the Assembly have been balanced, fair and impartial. The facts are plain for everyone to see. The focus has been almost exclusively about putting the Eighth Amendment on trial. There hasn’t even been a single weekend devoted to looking at all that is positive about the Amendment. The fact that Britain’s largest abortion provider and campaigning group BPAS were invited to address the Assembly as impartial experts was, for many people, the final straw.

“I regret to say that Justice Laffoy’s comments at the weekend do not allay any of the serious concerns we raised. There are so many gaping omissions from the presentations they cannot be overlooked. There isn’t time to rectify all this with just two weekends of the Assembly remaining. I feel the Secretariat of the Assembly has a duty to acknowledge this reality and rectify the situation immediately.”