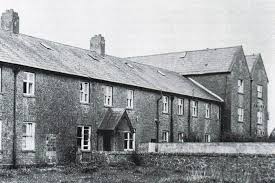 Investigation necessary to establish facts on what happened says Sherlock

The Pro Life Campaign has today called for a full, open and transparent investigation into the babies’ burial ground discovered in Tuam, Co. Galway.
Speaking in response to reports that an investigation into the matter in cooperation with a number of Government Departments is planned, Cora Sherlock, Deputy Chairperson of the Pro Life Campaign said:
‘It seems that the most appropriate course of action here would be to establish a full, open and transparent investigation under the Commissions of Investigation Act to establish fully what happened at this mother and baby home.”
“The thought of so many babies being buried without the dignity and respect due to every human being is very upsetting and in fairness to all parties involved including those who worked in the home, the local community and most importantly the families of the deceased children, a full investigation is necessary.”
Referring to the fact that the babies died over the course of 44 years between 1921 and 1965, she said:
“Thankfully in modern Ireland, we have a come a long way from the  sickness, disease and high infant mortality rates of the past.  And we have moved away from the time when women in crisis pregnancy were judged harshly by society.”
“To honour the lives of the babies who are buried in Tuam, an investigation must ensue as soon as possible.  The remit of any investigation should include those who died in the care of the State in similar homes where applicable”, she concluded.