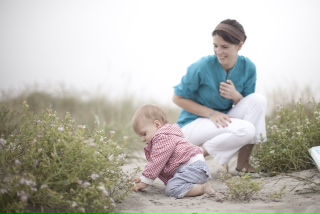 The Pro Life Campaign has said that the findings of today’s Amnesty International/Red C poll on abortion are much more ambivalent and uncertain than the way they are being presented by Amnesty Ireland’s Executive Director, Colm O’ Gorman.

Commenting on today’s poll, Pro Life Campaign Deputy Chairperson, Cora Sherlock said: “Take the result showing 80% of respondents believe that women’s health must be the priority in any reform of Ireland’s abortion law. That’s a finding the Pro Life Campaign would wholeheartedly endorse. If it were acted upon, it would lead to the repeal of the 2013 abortion law that ignored all the medical evidence showing that abortion is not a treatment for suicidal feelings and can in fact be detrimental to women’s health. The poll also reveals that the public trust the voices of women who have had abortions more than other participants in the debate. The experiences of women who regret their abortions must be given a proper hearing going forward.

“Or take the finding that a majority of the public say they don’t know enough about the 8th Amendment and want to know more. That’s another very interesting result. If you were to go on Mr O’Gorman’s interpretation, you’d think everyone in the country had taken a detailed look at the 8th Amendment and concluded it should be repealed. The truth is very different. I think it is reasonable to say that most people have yet to hear the case for the 8th Amendment and the countless lives saved by it. When this happens, I have no doubt the polls will become much clearer.

“The release of today’s poll by Amnesty is obviously timed to influence any negotiations on a programme for government in the coming weeks. In the context of all this, it is important to note that when the issue of abortion was raised on doorsteps during the recent general election, it was overwhelmingly raised by pro-life supporters, not by people seeking the dismantling of the 8th Amendment. Colm O’ Gorman of course would like to gloss over this fact and deflect from it with the latest poll. But on closer examination both the poll findings and what happened during the recent election tell a very different story to Amnesty’s presentation in the media today.”