01.01.2016: Minister Fitzgerald “completely out of touch with electorate on abortion”, says PLC 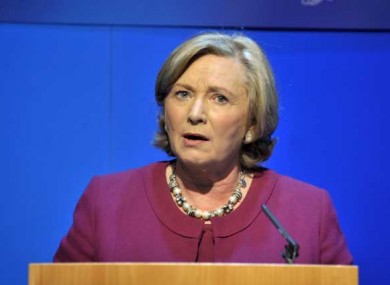 The Pro Life Campaign has said that comments by  Minister Frances Fitzgerald and Deputy Paschal Donohoe on abortion are further proof that this Government is completely out of touch with the electorate when it comes to addressing the needs of those facing unplanned pregnancies.

“It’s a very sad state of affairs when the first message of the new year is one that highlights the determination of some Government Ministers to target the lives of the most vulnerable members of Irish society.  There is something very unseemly about the way Minister Frances Fitzgerald insists that Fine Gael can ‘deal with’ abortion with or without the Labour Party. Tens of thousands of people are alive in Ireland today thanks to the 8th Amendment. It is a life-saving provision, not a political football.”

“Minister Fitzgerald is being deliberately disingenuous when she distances herself from the term ‘abortion on demand’. She knows, as well as all others involved in this debate,  that any repeal or dismantling of the 8th Amendment would result in widescale abortion over time.”

In terms of what 2016 holds for the pro-life movement,  Ms. Sherlock had this to say:

“The huge numbers of people becoming involved in the Pro Life Campaign is a sign that Minister Fitzgerald and those who want to repeal the 8th Amendment are drastically out of step with the electorate. It is high time for the Government to take a step back and work on the ways they can help families keep their babies instead of constantly talking about abortion,” she concluded.