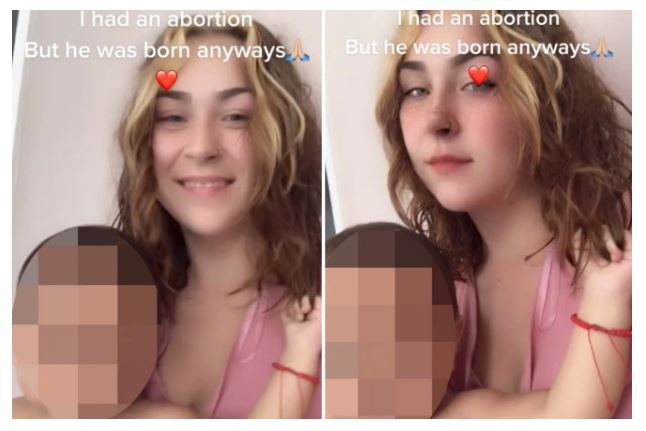 A young mother from the US has shared the story about her “miracle” son who survived an abortion.

In a video posted on TikTok, she wrote: “I had an abortion but he was born anyways.”

The woman who became pregnant last year consumed the abortion pills given to her. The next morning she experienced bleeding and took it as proof the abortion had taken place. However, when she went for a recommended pregnancy test a few weeks later, she was shocked to discover it was positive.

Her doctor confirmed she was still pregnant and referred her for a surgical abortion. She couldn’t afford the cost of the procedure and decided there and then she was going to keep her baby.

Her fortunate son was born last Christmas Eve. The abortion pills caused him to be born with a club foot, for which he is currently undergoing corrective surgery. Aside from that, he’s a healthy and happy baby according to his mum.

Commenting on the entire experience, she said: “I love my kid, of course I do, I decided to have him, I could have still got the surgical abortion.”

And she added: “He’s a textbook miracle.”