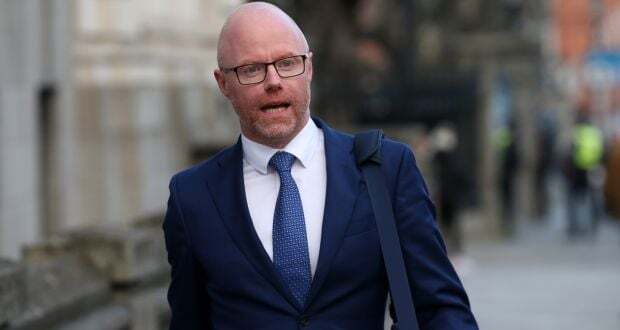 Latest appointment is proof Minister for Health has no intention of ensuring objective review, says PLC

“Beggars belief that someone with such strident views in favour of abortion could be appointed to lead research project”, says Michael Collins TD

A highly partisan academic with a history of campaigning for abortion both in Ireland and internationally has been appointed to lead a research project for the Government’s three year review of the abortion law.

Dr Deirdre Duffy, who is based in Manchester Metropolitan University, describes her work as drawing heavily on “abortion activisms, abortion trails, and reproductive justice.”

Stephen Donnelly confirmed yesterday that Dr Duffy was the person appointed to lead the research. The Minister was replying to a parliamentary question submitted by the independent TD for Cork South-West, Michael Collins.

The Pro Life Campaign has described the appointment “as final proof that the Minister for Health has no intention of ensuring an objective and even-handed review of the abortion law.”

“Deirdre Duffy’s history of campaigning in favour of abortion in Ireland and globally appears to be her chief qualification for this role in the eyes of Minister Donnelly. She is entitled to her opinions but Stephen Donnelly has no mandate to conduct a review entirely overseen by pro-abortion campaigners, without even a hint of concern for fairness or objectivity.

“Pro-life supporters were right to contribute to the process by sending in submissions to the review before the closing date. It’s always important to ensure the rights of unborn babies and their mothers are represented. But these submissions should not be taken as a sign that we believe the process is being conducted in good faith. The outcome is clearly preordained by the Government and Dr Duffy’s appointment is just further confirmation of this.

“Dr Duffy refers to pro-life people as ‘anti-choice’ and her social media posts are littered with ideological diatribes and intemperate language towards opposing viewpoints. It is certainly not what one would expect from a researcher that was supposed to be scrupulously independent in their work. Her ideologically blinkered approach clearly inhibits her ability to carry out her part of the review in a fair and objective manner.

“It would appear most of Dr Duffy’s research has already been completed and was published on 9 May 2022 in an article ‘Abortion policy implementation in Ireland’ in PLOS journal. The article advocates scrapping the life-saving three-day waiting period, making telemedicine abortion permanent, and calls for the further curbing of freedom of conscience protections for healthcare workers who don’t wish to be involved in abortions”, Ms Mulroy concluded.

Responding to the news of Dr Duffy’s appointment, which was first revealed this week in reply to his parliamentary question, Deputy Michael Collins said:

“It beggars belief that someone with such strident and outspoken views in favour of abortion would be tasked by the Minister for Health, at taxpayers’ expense, to oversee research that’s meant to inform a supposedly neutral review of the abortion law. Even a simple Google search reveals how highly skewed and partisan Dr Duffy’s contributions to the abortion debate are. From the start of this process, Minister Donnelly has done nothing to make it fair and impartial. In fact, every step he has taken appears designed to achieve a particular outcome favourable to the most extreme elements of the pro-abortion lobby. There’s no point waiting to guess what the final outcome will be. It’s abundantly clear that there is no respect for democratic accountability or fairness in this process. That has to be brought to the public’s attention.”