21.1.2022 – Government search for ‘Independent Chairperson’ turns into a farce 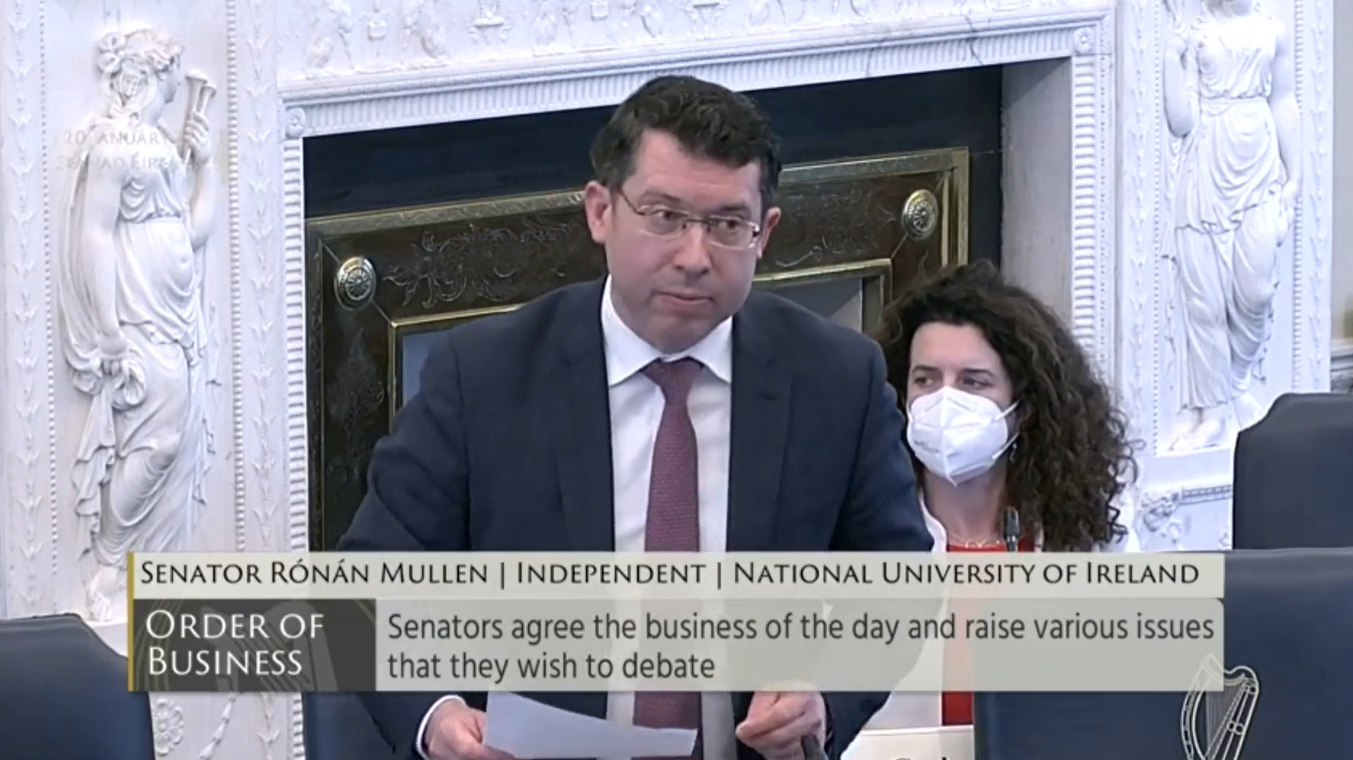 In the Seanad yesterday, Senator Rónán Mullen challenged the Minister for Health Stephen Donnelly for not honouring a commitment to tender openly for an Independent Chairperson for the Three-Year review of the abortion legislation.

Senator Mullen also called on the Minister to account for a Department of Health press release which falsely claimed to have published an open tender for the Chairperson.
In a related development this week, the Minister for Health was forced to admit that “a small number of candidates, identified as having suitable experience, were contacted and invited to apply for the role of independent Chair.” Minister Donnelly made the admission in reply to Parliamentary Questions submitted by TDs Michael Collins and Peadar Tóibín.
This week’s revelations taken together raise extremely serious questions about the independence and impartiality of the Government’s Three Year Review. The fact that the much talked about “open and transparent” tendering process to find an independent Chairperson is not happening greatly undermines the entire process.
It is already on the public record that the Minister for Health met with several abortion supporting groups before his announcement in December setting out the framework for the review. Despite repeated requests, the Minister refused to meet with the Pro Life Campaign or his own pro-life parliamentary colleagues.
It’s obvious the Government are hellbent on keeping the lid on the truth about the horror of the new abortion law and wish to avoid at all costs having to defend the broken promises that were made prior to the 2018 referendum that abortion would be “rare” and that ghastly D&E late-term abortions would not happen in the event of repeal.
This week has shown once again that Government attempts to thwart a truly impartial review from happening will be challenged every step of the way by pro-life TDs and senators who remain steadfast in their commitment to ensuring accountability and making sure that the public are informed about precisely what’s happening under Ireland’s abortion law.
You can watch Senator Mullen’s contribution in the Seanad here.