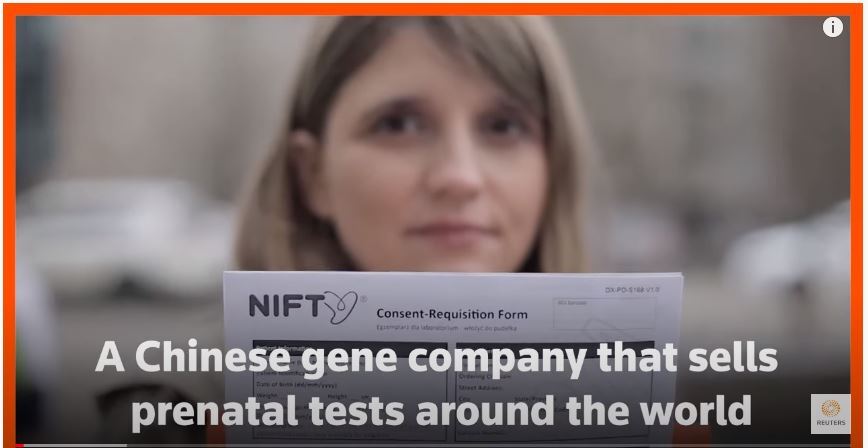 Reuters news agency has uncovered that a Chinese company connected to the military has been harvesting DNA from millions of unsuspecting pregnant women worldwide.

The report claims that the BGI Group has been harvesting “genetic data from millions of women for sweeping research” and claims China has been using the data to gain strategic economic advantages and to improve “population quality”.

The report also claims Chinese scientists used data harvested by BGI Group to trace genetic distinctions between Han Chinese (ethnic group native to China) and ethnic minorities, like the Uyghurs and Tibetans. The report suggests that Chinese scientists have sought to map how genetic variations in Uyghurs affected their reaction to different kinds of drugs, which is a deeply disturbing development given the ongoing cultural genocide that is taking place against the Uyghur population at the hands of the Chinese authorities.

The wilful refusal of the ruling political class in Ireland to challenge the Chinese government over its litany of human rights violations adds to the wrongs and persecutions taking place and emboldens those carrying them out.

It was disappointing to see the former Labour Party leader Ruairi Quinn refusing to criticise the Chinese government when interviewed last week. Instead, Mr Quinn paid tribute to the Chinese authorities and was quoted in The Irish Times, saying:

“I’m a dedicated European and a socialist, and in the Labour Party sense of that word, but I would be very slow to criticise other systems that have emerged, and that have emerged so successfully, as we have, and as the Chinese have, in the last 40 and 50 years, and I would have a great respect for how they have done that, mistakes and all, and I think they would have some respect for us. I would have no respect for anybody who would come into Ireland and start telling us how we should run our affairs.”