12.03.2021 – Mum pressured to have abortion demands answers from UK government 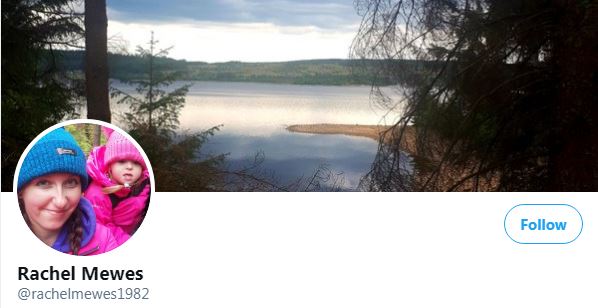 A young mum who was repeatedly pressured by healthcare workers in the UK to abort her daughter with Down syndrome claims the ordeal has left her with post-traumatic stress disorder (PTSD).

Rachel Mewes took to Twitter on International Women’s Day to tell her story and call for the discrimination and prejudice she and her daughter faced to feature in the debate and consultative process on women’s health recently initiated by the Minister for Patient Safety in the UK.

Rachel says she was repeatedly pressured to consider having a late-term abortion when seven months pregnant with her daughter Betsy. She told healthcare workers on several occasions that she didn’t want to have a termination, but the pressure continued.

DUP MP Carla Lockhart raised Rachel’s story this week during a parliamentary debate on the ‘Women’s Health Strategy’ and called for action to be taken to end the discrimination and prejudice that many women (and their babies) experience when an unborn baby is diagnosed with a disability.

During the parliamentary debate Lockhart said: “I thank the Minister for outlining that women can discuss anything during this consultation. Can she therefore outline what efforts will be made to reach out and gather evidence from mums such as Rachel Mewes?”

She went on to describe the trauma Rachel experienced and said: “As a result, she now has post-traumatic stress disorder and has said that being forced to imagine someone killing her little girl Betsy nearly destroyed her. Has the Minister considered the devastating impact that this kind of treatment is having on women’s health and wellbeing during pregnancy, and does she agree that disability discrimination in the womb should end?”

It remains to be seen how Rachel’s case will be dealt with, but one thing is certain, stories like hers will continue to come to the fore, and in increasing numbers. Abortion supporters will try to wish them away and deflect onto other issues, but it’s not going to work. As more and more people come forward, the truth will out in the end.