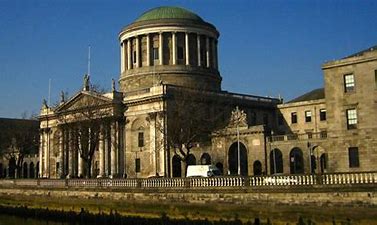 The High Court has agreed to hold a hearing in June in a damages action taken by a couple who claim their unborn child was aborted after they received a misdiagnosis that the baby had a life-limiting condition.
The parties being sued by the couple include the National Maternity Hospital (NMH), Holles Street, Dublin and Merrion Fetal Health private clinic, run by five consultant obstetrician gynaecologists. Earlier this week, the defendants in the case sought to add the Greater Glasgow Health Board (GGHB) to the proceedings. The judge, after considering the matter, added GGHB as a defendant.
This tragic case first came to light in 2019, within months of the new abortion law coming into effect, after the couple lodged a complaint with the National Maternity Hospital claiming that they were given a misdiagnosis of a ‘fatal foetal abnormality’, only to discover that their baby was perfectly healthy following test results that came back after the abortion had already taken place.
The refusal of senior members of government to assist the couple in getting the answers they seek about what exactly transpired has been the subject of a number of media reports over the past two years and also featured in Dáil questions by Aontú leader Peadar Tóibín and others.
It’s noticeable that most campaigners for abortion appear reluctant to talk about the case. It is also important to state that ultimately the abortion issue is not about whether a baby has a disability or a life-limiting condition. It is about the fact that every abortion ends the life of a defenceless unborn child.