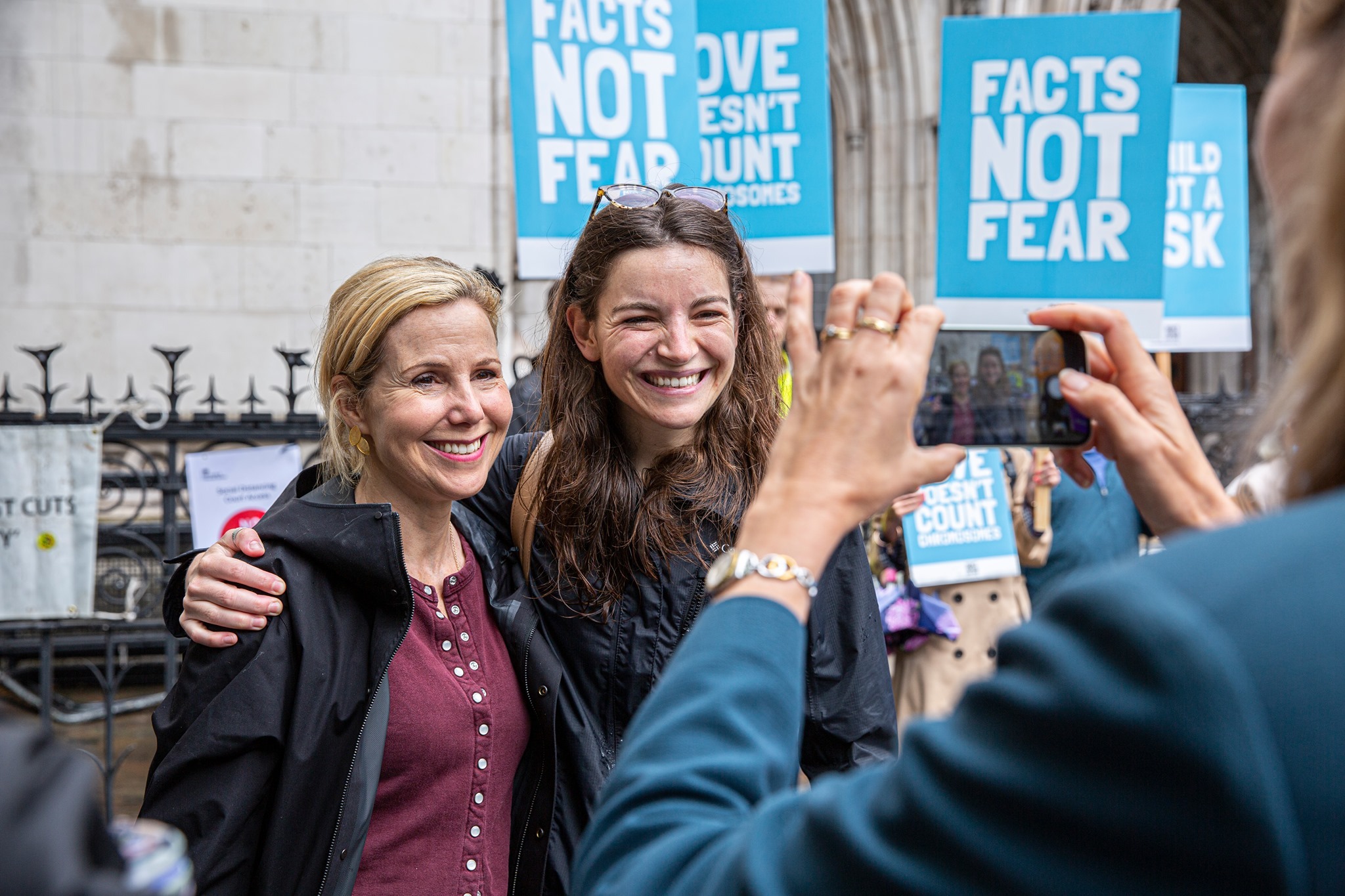 It was wonderful to see so much positive support and publicity this week surrounding Heidi Crowter and Máire Lea-Wilson’s case before the High Court in London, challenging the UK Government over its discriminatory abortion law that allows abortion up to birth for babies with Down syndrome and other disabilities.

Actress Sally Philips (of Bridget Jones’s Diary fame) was also present outside the court to show her support for the case. Ms Philips, whose son Olly has Down syndrome, presented the remarkable and highly acclaimed documentary on BBC a few years back called “A World Without Down’s Syndrome?”

Watch Heidi Crowter and her mum Liz here doing a live interview on Sky News outside the High Court.

In another positive development in the UK this week, MPs Diana Johnson and Rupa Huq pulled back from moving their respective amendments to allow abortion up to birth for any reason and to introduce a jail sentence of up to two years for anymore offering support to women outside abortion clinics. It’s clear both MPs realised their amendments were not going to succeed and decided to withdraw them before a vote was taken.