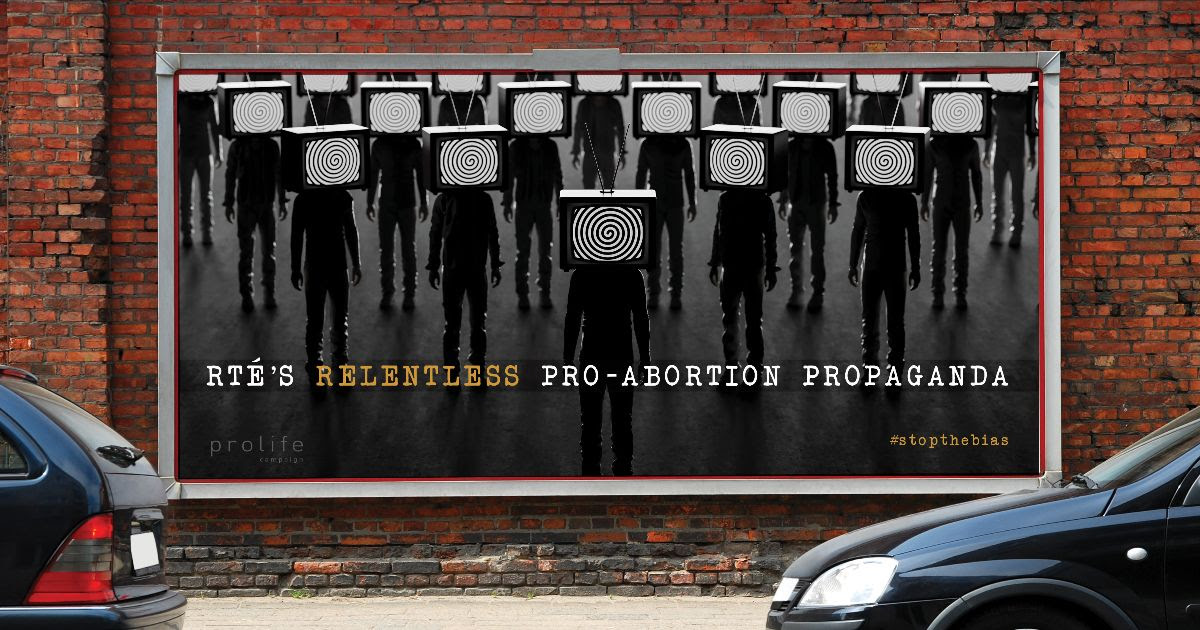 RTÉ proved again this week that they are Ireland’s leading cheerleaders for abortion. The fact that they are also the taxpayer funded National Broadcaster and meant to be impartial doesn’t concern them in the least.

Their loud and clear message to the pro-life movement on Wednesday as they aired their latest abortion production was: we don’t care that there’s another side to the story, we’re going to continue to ridicule, misrepresent and distort what your movement stands for and hardwire our own version of Irish history into the public psyche.

The film ‘The 8th’ screened at primetime was an hour and a half of in your face pro-abortion propaganda from start to finish. There was no mention of the grotesque abortions taking place under the post Repeal regime or the regret and silent heartbreak of abortion endured by countless women since the new law took effect.

No pro-life supporter should fall for the idea that petitioning RTÉ to show a pro-life film (or to accept a token interview) will make a jot of difference. The problem we face with RTÉ is much much bigger. Getting people talking about the totalitarian extent of the bias and presenting them with the facts is key. We need to devote much more time and energy to this particular effort.

Someone remarked after Wednesday night’s programme that it’s a miracle 1 in 3 people voted NO in the referendum given the insane level of media bias that exists in Ireland. It’s a valid point when you look closely at how RTÉ and other media outlets have behaved.

One other thing – it doesn’t matter how dark and hopeless things appear, there is always reason for hope. If RTÉ didn’t fear the power of the pro-life message, they would let it air. The only way the lie of abortion can survive is by shutting out all opposition.

RTÉ still has the power to shrug off any pro-life criticism they receive following Wednesday night’s programme. We can’t pretend otherwise. But something else is equally true. The arrogance and indifference they display will someday be their undoing. The barbarism of the new abortion law and the silent pain of women who regret their abortions won’t stay hidden forever.

Educating people about RTÉ bias is the most pressing and important challenge we face. It will be a massive undertaking but that must not deter us.

The PLC e-card to RTÉ is a small but important feature of a much bigger campaign. It simply asks the Director General of RTÉ to explain why pro-life supporters should continue paying the licence fee given RTÉ’s outrageously biased coverage. TEN WEEKS on from the start of the campaign with over 3,500 individual e-cards sent and still no response from the Director General! We’re going to keep the campaign going until RTÉ replies.

Take 30 seconds to sign the e-card today if you haven’t done so already. And PLEASE share the link with family and friends.

You can read an excellent article in today’s Irish Times from journalist Melanie McDonagh, who admirably and with great attention to detail calls out RTÉ here