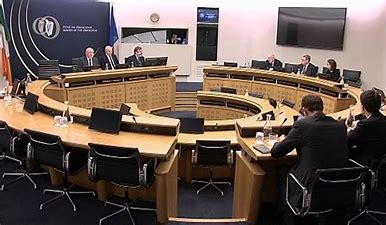 Over 2,000 doctors and healthcare professionals across Ireland have signed a letter to the Oireachtas Justice Committee expressing their strong opposition to the introduction of euthanasia/ assisted suicide as proposed by the Dying with Dignity Bill 2020.

The letter spells out the grave concerns of these healthcare professionals regarding the Bill currently before the Dáil to legislate for assisted/euthanasia in Ireland. It references the devastating impact laws permitting euthanasia have on society and the very real concern that in the event of euthanasia being introduced “the most vulnerable may be made to feel a burden to their families and come under pressure to end their lives prematurely.”

In addition to the over 2,000 who signed the Irish Healthcare Professionals for Dignity in Living and Dying submission, numerous other worthy submissions were also sent to the Oireachtas Committee expressing similar sentiments. There is no question that the overwhelmingly number of submissions received came from individuals and groups opposed to the introduction of euthanasia.

A number of submissions from State funded bodies raised concerns about various aspects of the Bill currently before the Dáil but didn’t outrightly take issue with the idea of permitting euthanasia in certain circumstances. They refer to the need for safeguards in any proposed legislation to protect the elderly and disabled people. It is important to state that such safeguards would for the most part be meaningless if a law permitting euthanasia were introduced. The clear experience from countries that have already introduced euthanasia is that once it’s introduced there’s no way to adequately protect the most vulnerable members of society. The only way to protect the vulnerable is to not open the door at all to sanctioning the ending of human life in law.