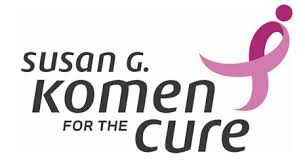 Susan G. Komen for the Cure (Komen) is the most widely known, breast cancer organisation in the United States.   The organisation recently decided to discontinue grants to Planned Parenthood, the largest abortion provider in the US.   The grants were worth $680,000 in 2010 alone.

In the same year, Planned Parenthood US provided 329,445 abortions, whereas it facilitated  only 841 adoptions. At an average of $500 each, abortion brings Planned Parenthood in around $150 million a year. Its annual revenue, however, is over $1 billion, nearly half of which is from government, in other words, its taxpayers’ money.

After the decision was taken by Komen to stop funding of Planned Parenthood, pro-abortion advocates especially in the media reacted in such an aggressive way that they have effectively forced Komen to reverse its decision and re-instate its grants to Planned Parenthood.

This decision highlights the level of influence a biased media can have in respect of the abortion issue.

A journalist in the (usually pro-abortion) New York Times commenting on the bias which exists in the media in favour of Planned Parenthood said ‘complaints about media bias are sometimes overdrawn. But on the abortion issue, the press’s prejudices are often absolute, its biases blatant and its blinders impenetrable. In many newsrooms and television studios across the country, Planned Parenthood is regarded as the equivalent of, well, the Komen foundation: an apolitical, high-minded and humanitarian institution whose work no rational person — and certainly no self-respecting woman — could possibly question or oppose. But of course millions of Americans — including, yes, millions of American women — do oppose Planned Parenthood. They oppose the 300,000-plus abortions it performs every year (making it the largest abortion provider in the country), and they oppose its tireless opposition to even modest limits on abortion.”

He also quoted the recent opinion polling in the US which shows that “In the most recent Gallup poll on abortion, as many Americans described themselves as pro-life as called themselves pro-choice. A combined 58 percent of Americans stated that abortion should either be “illegal in all circumstances” or “legal in only a few circumstances.” These results do not vary appreciably by gender: in the first Gallup poll to show a slight pro-life majority, conducted in May 2009, half of American women described themselves as pro-life.”

This episode has highlighted an aggresiveness on the part of pro-abortion ideologues in the United States which will not be lost on the public, nor on the board of Komen and will hopefully lead to Komen re-assessing their future grant-making to Planned Parenthood.