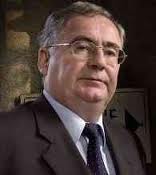 The Pro Life Campaign has criticised the Minister for Communications, Pat Rabbitte over his remarks on RTÉ radio yesterday when he said he didn’t welcome plans by the Catholic Church to play an active role in the abortion debate.

Cardinal Brady, the leader of the Catholic Church in Ireland said at the weekend that the Catholic Church would get involved in the abortion debate should the Government attempt to introduce abortion in the coming months.  In response Minister Rabbitte said ‘I would hope we’re not going to see a situation where one church decides to weigh into the campaign in the political sense.’

“No church, faith-based group or any group should be intimidated out of the public arena when it comes to commenting on public policy, particularly on an issue as fundamental as the right to life. I would have thought it was partly the role of any Minister for Communications to encourage public discourse on important issues not try to suppress it.”

Ms Sherlock continued: “In the same interview, Minister Rabbitte also misleadingly implied that women were currently being denied necessary medical treatments because of the absence of abortion here.  This is a total misrepresentation of the facts. Ireland, without abortion, is a recognised world leader in safeguarding the lives of women in pregnancy.”