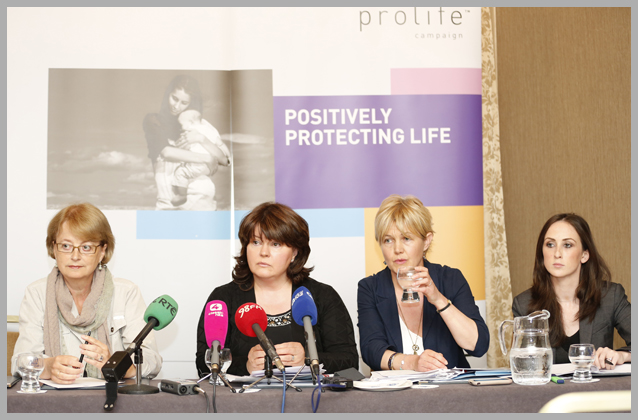 A new Amárach opinion poll has revealed that a clear majority of people are opposed to abortion as a response to a suicide threat. The poll, commissioned by the Pro Life Campaign, asked respondents to scale their support or opposition to abortion “if it were clearly shown that abortion is not a suitable treatment for a pregnant woman with suicidal feelings”. Of those who expressed an opinion, 60% said they would be ‘very unlikely’ or ‘unlikely’ to support abortion on such grounds. Just 40% of respondents said they would be ‘very likely’ or ‘likely’ to support abortion in those cases.

These findings contrast with previous opinion polls showing majority support for abortion on the suicide ground, but those polls did not draw respondents’ attention to the lack of medical evidence for abortion as a response to suicidal feeling.

“The key issue is public information,” Pro Life Campaign spokesperson Caroline Simons said in response to the poll. “The Government is fully aware from two sets of Oireachtas hearings that there is no medical evidence that abortion is an appropriate response to a suicide threat but they have refused to present this reality to the public. Legislating for abortion on the ground of threatened suicide shows complete disregard for the lives of women as well as for the unborn. These latest poll findings clearly show that when people are made aware of the fact that abortion is not a treatment for suicidal feelings they are much less inclined to support abortion on this ground,” she said. 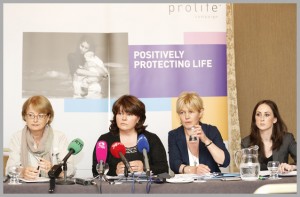 The poll also reveals 78% support a free vote on the abortion legislation versus 13% who said politicians should be required to vote with their parties. Ms Simons said that many Fine Gael TDs were very anxious to get a free vote but were coming under extreme pressure from senior members of Government. “Several Fine Gael TDs we have spoken to in recent days are very upset and even distressed at the way they are being pressured to vote for the bill,” she said. “And their frustration is with the Government, not us. A number of TDs have also expressed disgust at the way Justice Minister Alan Shatter seems to have no difficulty with imposing the party whip on this highly sensitive issue but when it suited him during the hare coursing debate he was all in favour of a free vote.”

The poll also found a continuing strong majority for prohibiting abortion once the distinction is made between abortion and all necessary life-saving treatment for women. Asked about “constitutional protection for the unborn that prohibits abortion but allows the existing practice of intervention to save a mother’s life in accordance with Irish medical ethics,” of those who expressed an opinion 69% were in favour with just 31% opposed.

“Taken together, these polls undermine claims that a broad consensus in favour of the Government’s abortion legislation actually exists. These polls differ from other recent polls by clarifying the important distinction between ethical life-saving treatment and induced abortion including on the suicide ground where the baby’s life is targeted.

“Irish opinion supports the weight of medical and psychiatric opinion against abortion on the grounds of suicide. The Government should stop misrepresenting the situation, listen to the experts and respect the informed opinion of the Irish people.”

Notes: The Amárach Research was commissioned by the Pro Life Campaign. The online survey comprised a quota-controlled, representative sample of Irish adults in June 2013. The survey findings are based on the weighted responses of those aged 18 and over (984 respondents).