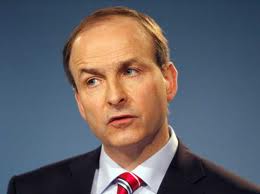 Fianna Fáil leader Michéal Martin’s comments today, in which he said that legislation to allow abortion along the lines of the X case would effectively lead to abortion on demand “are timely and welcome”, the Pro Life Campaign (PLC) have said.

In a statement, PLC spokesperson Dr Ruth Cullen said that Mr Martin’s remarks “acknowledged the reality of what an Irish abortion regime would look like after legislation”.

Dr Cullen said: “The past week has been heartening for those who still believe that when political parties make promises, they should stick by them.

“Last week we saw a significant number of Fine Gael TDs and Senators remind their party leadership of their election pledge to stand up for unborn human life. Today we saw Michéal Martin reaffirm his party’s commitment to the same principle: that human life must be protected at all stages. Both developments were timely and welcome.

“At a time when Labour politicians are trying to bully the Government into believing the myth that the European court judgement in the  A,B and C v Ireland case obliges Ireland to legalise abortion, we welcome the clarity which both Mr Martin’s comments, and the stance taken by backbench Fine Gael TDs, have brought to the debate.

“Mr Martin’s statement, that legislation to provide for abortion along the lines of the X case would create “an open-door situation” which would be “very difficult to hold back” acknowledged the reality of what an Irish abortion regime would look like after legislation.

“Ireland has consistently shown itself to be the safest place in the world to give birth in, and international statistics confirm this.”