11.07.2012: Fine Gael need to face up to commitments rather than resorting to spin 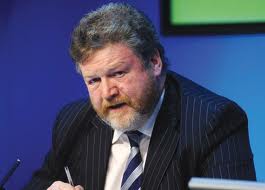 The Pro Life Campaign has described as “disgraceful” the fact that Minister for Health James Reilly has begun replying to members of the public that Ireland “must” bring in abortion along the lines of the controversial ‘X Case’ decision and says this “turns the entire Expert Group on abortion process into a farce.”

In correspondence to fellow TDs and members of the public, Minister Reilly makes it clear that following on from the decision in A, B and C v. Ireland by the European Court of Human Rights, Ireland “must put in place a legislative or regulatory regime providing effective and accessible procedures whereby pregnant women can establish whether or not they are entitled to a lawful abortion in accordance with Article 40.3.3 of the Constitution as interpreted by the Supreme Court in the X case.”

Minister Reilly hinted at such an approach during the recent Clare Daly Bill on Abortion in the Dáil but just recently he has become starkly explicit about his plans.

Following the publication of this fact in the Irish Catholic Newspaper last week, the Fine Gael press office, in an e-mail to its TDs and Senators, described the newspaper report on the issue as “fundamentally flawed and substantially incorrect”.   However, the Pro Life Campaign this week insisted there “was nothing flawed or incorrect in the report.  Minister Reilly’s statement that abortion “must” be introduced in Ireland was as clear as day.”

Dr Ruth Cullen said that Dr Reilly’s comments remain “an extremely worrying development that throws into doubt whether Fine Gael will stand over, or betray, its solemn written commitment to the electorate not to bring in abortion.

“Senior members of Fine Gael need to take responsibility for a process that is fast derailing into a public farce with a Fine Gael Minister now publicly touting as official policy that Ireland “must” bring in abortion.

“Fine Gael needs to acknowledge the seriousness of the situation and not try and spin its way out of controversy. As things stand, Minister Reilly has primed the expert group to report back with a narrow list of options, all leading to abortion.”

“This is an outrage given Ireland’s outstanding record in caring for mothers and babies in pregnancy without recourse to abortion,” Dr Cullen said.

It is increasingly clear that the Expert Group process is not about protecting women’s lives but about bringing in abortion. If this is proven correct, the Pro Life Campaign will mount an even more vigorous campaign to ensure that abortion is not brought in under any guise including the one describing it as a ‘medical treatment.’

And it will ensure that every Fine Gael voter the length and breadth of the country is fully informed of any shift in party policy away from its pre-election pro-life commitments.