9.12.2022 – Canada offered euthanasia to Paralympian who simply asked for wheelchair lift to be installed 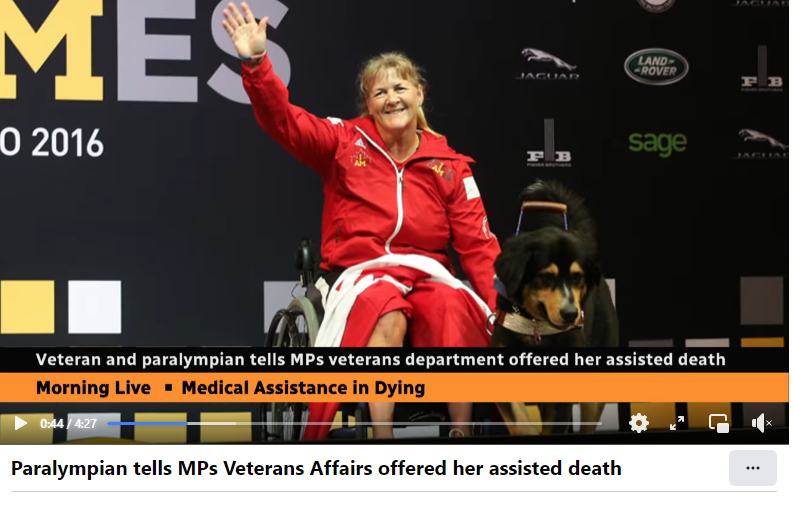 Canada’s Veterans Affairs office offered to assist Paralympian Christine Gauthier to commit suicide when she requested to have a wheelchair lift installed in her home.

Details of the shocking story emerged when Ms Gauthier testified recently before Canadian lawmakers that a state official offered – in writing – to provide her with an assisted suicide kit. The official in question has not been named but local media reports claim the same person has made similar offers to at least three other army veterans.

Canadian Prime Minister Justin Trudeau was quick to distance himself from this latest incident. He has however an appalling record on the issue and has been one of the most vocal supporters of euthanasia/assisted suicide in his country.

Canada opened the door to euthanasia/assisted suicide in 2016. There was a quadrupling in the numbers of people who ended their lives this way in the first three years of the law taking effect. The parameters around permitting euthanasia have been further loosened since 2016 and there’s a push on at present in Canada to extend the grounds even more. First, it was for adults with terminal conditions where death was expected within 6 months. Next, it was for severe chronic but not terminal physical ailments. And the latest, is to permit euthanasia from 2023 for people who have chronic mental conditions.

It is worth keeping in mind that the Canadian Supreme Court dismissed “slippery slope” concerns when it struck down Canada’s ban on euthanasia in 2015.

There will be lots of talk at the soon to be convened Oireachtas committee on assisted suicide about “proper safeguards” and making sure that “no one ever feels pressured to opt for assisted dying.” These attempts to woo public support must be roundly denounced from the get-go and shown up for what it really is – presentation packaging for something that cannot be kept in check once it is unleashed. What is happening in Canada and other countries that introduced euthanasia is absolutely horrifying.