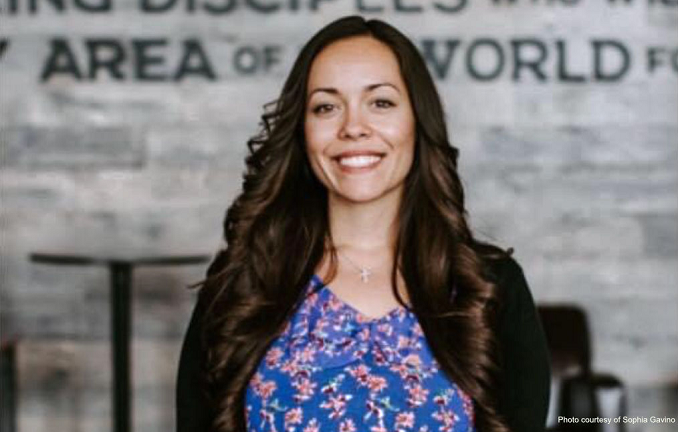 When she was just 15 years old, Sophia Gavino went to a Planned Parenthood clinic in California and had her unborn baby aborted. Today, she stands outside the same clinic to reach out to women who are feeling the same way she did the day she went for her abortion.

Sophia deeply regrets her abortion and struggled for years after it.

In an interview with Live Action she said: “Because the abortion hadn’t been done right, I needed to go back into the room again to complete the procedure. When I finally got home, I just wanted to be alone. I never stepped foot in that clinic again and I broke up with my boyfriend. Something in me died that day.”

She said: “I would cry a bit at times but then quickly pushed the pain deep inside.”

But after hearing her pastor talk about the pro-life issue some years back, she says it changed her life forever. She became involved in the pro-life movement and also sought to deal with the abortion she had and find healing.

Eventually, this led to her becoming involved in sidewalk counselling where she reaches out to women who are conflicted about going through with the abortion.

Her teenage son also trained as a sidewalk counsellor and together they regularly volunteer outside the Walnut Creek  Planned Parenthood clinic where the life of her unborn baby was ended.

“Abortion is death and death is final. There is only hope in life,” she says.

Sophia’s sincere witness and the witness of so many other women who share their stories about abortion regret is unquestionably saving the lives of many babies who otherwise would have died through abortion.