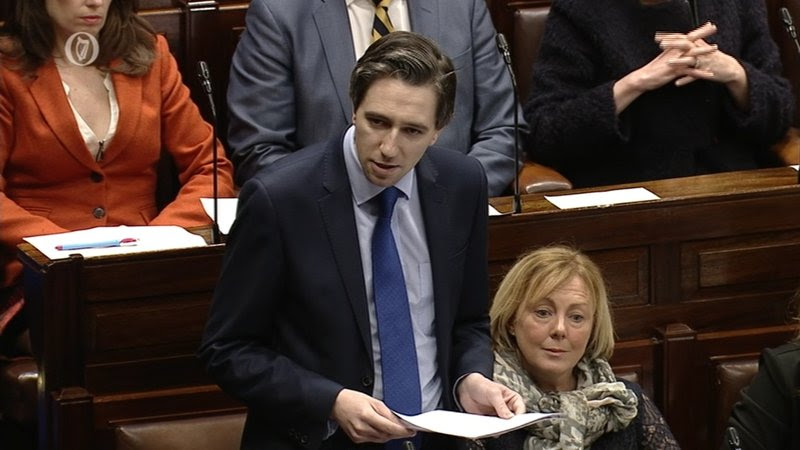 The Pro Life Campaign has described as “deeply divisive and mean-spirited” Simon Harris Minister for Health’s speech in the Dáil yesterday evening on the recommendations of the Joint Oireachtas Committee on the Eighth Amendment.

In his speech Minister Simon Harris talked about a nation turning its back on women as a result of the Eighth Amendment and linked the amendment to “darker times in our history” that included the Magdalene Laundries and Mother and Baby Homes.

Commenting on his remarks, Cora Sherlock of the Pro Life Campaign said: “Minister Harris has chosen to smear an entire group of people as a substitute for real debate. The Eighth Amendment has saved tens of thousands of lives and those responsible for it have every reason to be immensely proud of what they achieved. The people who campaigned for the Eighth Amendment in 1983 did so out of a genuine concern for human rights and respect for the dignity and value of every human life, born and unborn. For the minister to depict those responsible for the Eighth Amendment in the way he did is despicable and wholly unjust. The proponents of the amendment were not just involved in campaigning for its passage, they were also personally involved in different ways in providing care and support to women and families in difficult situations.”

Ms Sherlock said: “Many people involved in the pro-life movement today became involved for very personal reasons. Some are parents who contemplated abortion only to change their minds at the last minute. Others are women who had abortions and now deeply regret the decision. In his speech yesterday evening, Minister Harris also demeaned these individuals and everyone involved in the pro-life movement today. In one breath he called for a calm and reasoned debate and in the next he levelled accusations that demand an immediate retraction and apology.”