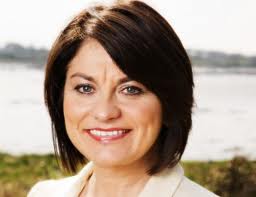 In a statement welcoming Senator Healy Eames’ decision to vote against the Government on the proposed abortion legislation, PLC spokesperson Cora Sherlock said that the personal sacrifice of losing the backing of one’s party “was not one that should be underestimated”.

“No-one should be under the impression that it is easy for a politician to step outside the party they have been a part of for a long time.

“It is particularly hard for a Senator, who relies on the votes of County Councillors from across his or her party to get elected. The irony of the situation is that Senator Healy Eames is losing the party whip for standing by a specific pledge made by her own party at the last General Election.

“As she said in her own statement, there are many in Fine Gael who are disappointed that the party is breaking its pre-election, pro-life promise.”

Senator Healy Eames made it clear in her statement that while she was opposing the legislation she is fully supportive of medical interventions to save a woman’s life in pregnancy. However she also said that she could not support “a bill that will make it legal to intentionally destroy unborn human life where there isn’t a shred of medical evidence to justify it”.

“Senator Healy Eames and others are taking this stance because they has looked at the evidence. It is to be hoped that this example will be followed by many other TDs and Senators before the Bill is voted on”, Ms. Sherlock concluded.