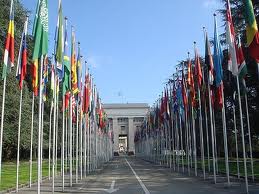 The Irish Government’s decision to reject recommendations made by a number of UN member states for Ireland to legislate for abortion “recognises the reality that Ireland is the safest country in the world for women to give birth” the Pro Life Campaign (PLC) has said.

Last October the Irish government appeared before the UN Human Rights Council as part of the Universal Periodic Review process and rejected calls made by six countries for Ireland to legislate for abortion.  The countries were Holland, Germany, Denmark, Slovenia, Norway and Spain.

A Government report designed as a response to a series of other recommendations made last year as part of the UN’s Universal Periodic Review (UPR) was presented in Geneva this morning and confirms Ireland’s decision to reject calls for abortion.

Dr Cullen said: “Calls for abortion legislation fly in the face of the United Nation’s own recent research showing that Ireland, without abortion, is a world leader in terms of safety for women in pregnancy. Maternal safety in Ireland, it should be noted, is better than in the six countries which last year sought to put pressure on Ireland to introduce abortion. The latest UN study on maternal mortality, published in 2010, shows that out of 172 countries for which estimates are given, Ireland remains a world leader in safety for pregnant women.”[1] [1] Report on Maternal Mortality, UN, UNFPA, World Health Organisation 2010

Change Begins With YOU!💪💥 Your skills, know

Change Begins with YOU!💪💥 Your Skills, Know

💥TODAY💥 is the last day for students and you

Thank You to all who attended our PLC Network Work

In a written reply to a Parliamentary Question (PQ