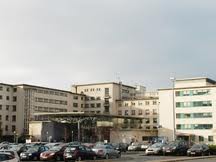 THE case of Savita Halappanavar should make us all stop and reflect. Anyone who shares a concern for the protection of life extends their deepest sympathies to the Halappanavar family.

The question that needs to be asked is: was Ms Halappanavar treated in line with existing obstetrical practice in Ireland? In this kind of situation the baby can be induced early (though is very unlikely to survive). The decision to induce labour early would be fully in compliance with the law and the current guidelines set out for doctors by the Irish Medical Council

Those guidelines allow interventions to treat women where necessary, even if that treatment indirectly results in the death to the baby. If they aren’t being followed, laws about abortion won’t change that.

The issue then becomes about medical protocols being followed in hospitals and not about the absence of legal abortion in Ireland.

Professor John Bonnar, then chairman of the Institute of Obstetricians and Gynaecologists, spoke about the matter to the All Party Oireachtas Committee’s Fifth Report on Abortion, saying: “In current obstetrical practice, rare complications can arise where therapeutic intervention is required at a stage in pregnancy when there will be little or no prospect for the survival of the baby, due to extreme immaturity.

“In these exceptional situations failure to intervene may result in the death of both the mother and baby. We consider that there is a fundamental difference between abortion carried out with the intention of taking the life of the baby, for example for social reasons, and the unavoidable death of the baby resulting from essential treatment to protect the life of the mother.”

With this medical practice Ireland, thankfully, has one of the lowest death rates of mothers in pregnancy anywhere in the world.

Our generally excellent record on maternal care doesn’t of course help Praveen Halappenavar, who is today dealing with the loss of his beautiful wife and the baby they expected together. Yet this terrible situation should not be used to push an ideological agenda to introduce abortion. Any debate on the issue of abortion should be carried out in a reasonable manner. It does no service to Savita’s memory to use her tragic death as an impetus for legislation that is bad for both women and their babies.

As a result of an undercover investigation published by the Irish Independent last month, the HSE has launched an investigation into crisis pregnancy counselling services in Ireland that were found to be giving illegal and life-threatening advice.

The Oireachtas Committee on Health and Children has also asked for answers from the HSE. The undercover investigation was carried out at 11 state-funded Crisis Pregnancy Counselling services and revealed that some pregnancy counsellors in certain services, including the Irish Family Planning Association, were giving women dangerous and illegal advice, including telling them they could hide their abortions from their own doctors — a practice that can endanger lives.

Incredibly, some counsellors advised women how to illegally smuggle an abortion pill into Ireland and take it without medical supervision.

A prompt investigation must take place into the death of Savita Halappanavar to best serve her memory and ensure a tragedy like this does not reoccur. The investigation into the dangerous practices being employed by some state-funded crisis pregnancy counsellors must also happen.