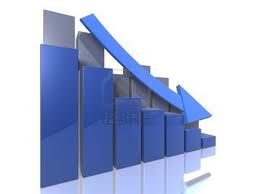 The Pro Life Campaign has welcomed the latest Irish abortion figures released today by the British Department of Health,* which show that the number of Irish women travelling to Britain for abortions has decreased for the tenth consecutive year.
In 2011, 4,149 Irish women travelled to Britain for abortions, down from 4,402 in 2010 and 4,422 in 2009.  The 2011 figures show a marked decrease over previous years.  2011 is the tenth consecutive year that Irish abortions have declined and represents a 38% decline since the high of 6,673 Irish abortions in 2001.
The release of these figures follows the recent report ** from the HSE/Crisis Pregnancy Programme showing an increase in the number of women expressing abortion regret.  In that study, 44 per cent of women expressed varying degrees of regret about their abortions up from 33 per cent in a similar HSE study in 2003.
In a statement welcoming the continuing reduction in the number of Irish women travelling to Britain for abortion, Cora Sherlock of the Pro Life Campaign said:
“While it is too early to draw firm conclusions, the fact that the abortion figures are decreasing while the number of women expressing regret after abortion is increasing, shows the need for a much closer examination of women’s experiences of abortion, including abortion regret.”
She said: “There has been a refusal on the part of those campaigning for abortion in Ireland to take on board the research indicating the negative consequences of abortion for women. This does a tremendous disservice to women. The claims by some groups that the reduced figures can be explained by the fact that women are travelling to other countries is not backed by the evidence.”
*Summary Abortion Statistics, England and Wales: 2011 (29/05/12)
** Irish Contraception and Crisis Pregnancy Study 2010 (ICCP 2010), published in May 2012 (HSE/CPP)