04.04.2013: New 60-year review of Irish maternal deaths show no suicides because of pregnancy 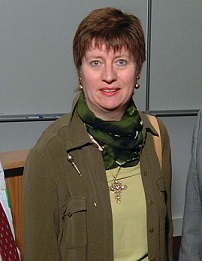 No evidence that suicide is a treatment for pregnant suicidal women.

A NEW AND GROUNDBREAKING study of every maternal death that occurred in Dublin’s three maternity hospitals between 1950 and 2011 has found that no woman died by suicide because she was pregnant.

The study, on suicide in pregnancy, examined the Master’s Reports relating to over 1 million pregnant women linked to the three Dublin maternity hospitals.

It shows that in total there were 394 maternal deaths. Of these, 5 died by suicide – one died during pregnancy (at 30 weeks gestation), while four died shortly after giving birth.

Vitally and crucially, the data, obtained from these reports, shows that the five women who died by suicide did NOT do so because of their pregnancy but because of problems external to it such as mental illness.

Importantly in the context of the present debate, the records cover a period that begins almost 20 years before the liberalisation of the British abortion laws in 1967.

This makes it much harder to claim that suicidal pregnant women in the first part of the period under examination were going to Britain for abortions.

The study was carried out by Professor Patricia Casey, of UCD and the Mater Misericoradiae University hospital. She is an internationally recognised researcher and clinical practitioner in the area of suicide and self-harm.

Prof Casey said: “It demonstrates that suicide in pregnancy is extremely rare and suicide as a result of the pregnancy itself, as distinct from some other social or health problem that preceded the pregnancy or developed during the pregnancy, is unheard of.”

“It is thus misleading to suggest that abortion is necessary to prevent suicide in pregnancy, a view that was confirmed by the perinatal psychiatrists at the Heath Committee hearings on abortion in January. They confirmed that they had never seen a case where abortion was the only intervention to treat a pregnant suicidal woman,” Prof Casey said.

She also pointed to the written submission of St. Patrick’s Hospital to the Committee, which also stated that there is no evidence supporting the view that abortion is a treatment for any mental health problem or behaviour.

Professor Casey also drew attention to the written submission of Professor Kevin Malone, Professor of Psychiatry at UCD and St. Vincent’s Hospital, and a leading international researcher in the field of suicide risk and prediction, who wrote that suicide cannot be predicted with any degree of accuracy that would satisfy a legislative test.

He also expressed concern that legislating for abortion on the grounds of suicide risk “inexplicably legitimizes and normalizes ‘suicidality’ under certain conditions – for women only”. This, he said, would have the unintended consequence of exacerbating the risk of suicide among men.

Professor Casey said that the Government, by its laws, must not ask psychiatry to mislead women in believing that abortion prevents suicide.

“It is imperative that any decision on the resolution of the Government’s issue in relation to the X case must be based on medical research and evidence. The clinical facts and international experience clearly show that legislation, no matter how limited, actually promotes widespread abortion.

“As a doctor with many years of experience of health services in Ireland and the UK, I know that, for any given service, the volume of any treatment provided is most closely correlated with its availability. Once the service is available, it will be used,” she said.

Read a report on this story in the Irish Independent here