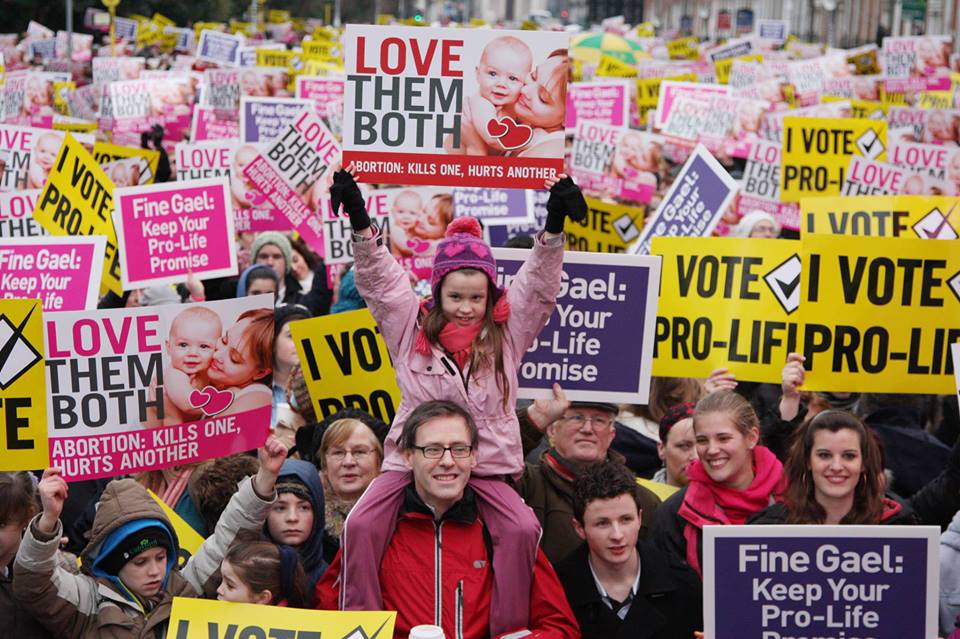 Many thousands expected to attend from every part of Ireland

The Pro Life Campaign has said it expects a big turnout at the National Vigil for Life which takes place tomorrow in Merrion Square, Dublin.

Commenting on the eve of the vigil, PLC spokesperson Cora Sherlock said:

“We are expecting thousands of people to join us in support of protecting mothers and babies in pregnancy and in opposition to the Government’s abortion proposals.

“Repeated assurances from the Taoiseach and other senior government members that the abortion Bill is restrictive are meaningless. The only thing that matters is what is contained in the Bill, and what it provides for is abortion on potentially very wide ranging grounds throughout the whole nine months of pregnancy.”

She said: “It is shameful the way some members of government have started calling the Bill pro-life. How can anyone possibly say the Bill is pro-life when it allows the direct targeting of the life of the unborn child, based on a threat of suicide where there is no medical evidence whatsoever to justify it?

“If the Government’s proposed legislation were about safeguarding the lives of pregnant women we would all be supporting it. However, it is about something entirely different. What is being proposed is certainly not pro-woman or pro-baby it is about opening the door to abortion. More and more, people are starting to realise that.

“Tomorrow’s Vigil for Life is a really important opportunity for pro-life people to stand together and make their voices heard, possibly for the last time before legislation is brought before the Dáil,” Ms Sherlock concluded.