14.07.2022 – Increase in abortions in latest Government report must be debated openly and honestly, says PLC 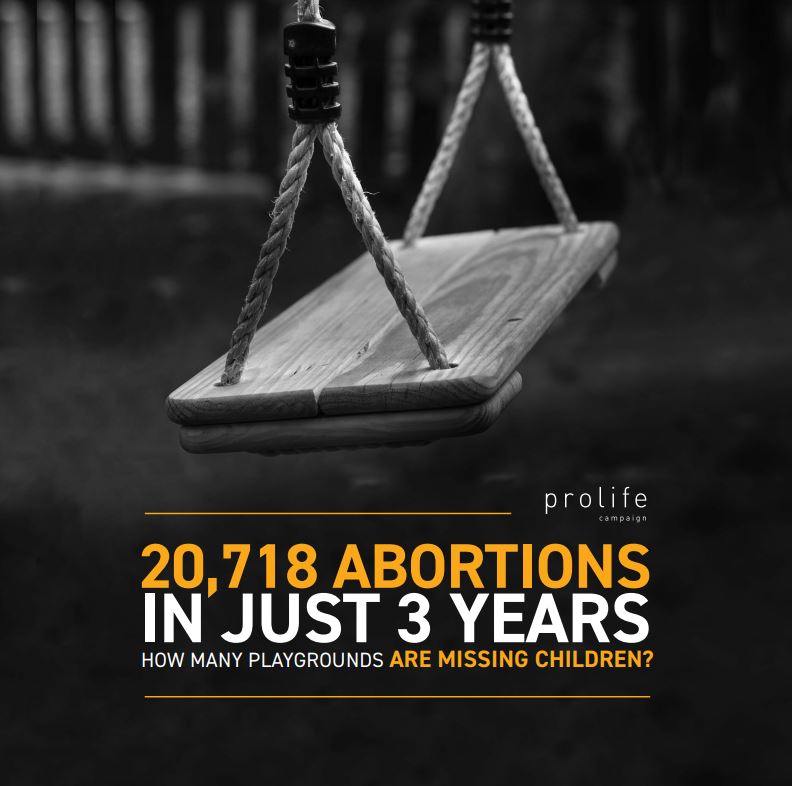 Increase in abortions in latest Government report must be debated openly and honestly, says PLC

Nearly 20,000 abortions have taken place in Ireland over the three year period since the law changed following the abortion referendum. The stark findings are contained in the report released today by the Department of Health. It says that approximately 6,700* abortions occurred in Ireland in 2021.

When taken with the figures for 2020 (6,577) and 2019 (6,666), it shows that the new law has led to a 70% increase in the annual number of abortions. This figure is arrived at by comparing the number of abortions since the law changed with the official numbers who travelled for abortions prior to repeal. It also factors in ‘pro-choice’ estimates for the number of illegal abortion pills accessed online prior to repeal. So, if anything, the percentage increase cited here is on the low side and could in fact be much higher.

Commenting on the latest abortion figures, Eilís Mulroy of the Pro Life Campaign said: “Following today’s devastating news that 19,943 abortions have occurred in Ireland since the new law came into effect, we need an urgent public debate to look for ways to dramatically reduce these numbers.

“Senior politicians including Leo Varadkar and Micheál Martin repeatedly assured voters that abortion would be ‘rare’ should the 2018 referendum be passed. Clearly, this is not what happened. The number of abortions taking place under the new law is spiralling out of control. It is a national tragedy. The politicians who misled voters about what would occur if the law changed must not be given a free pass. The issue is much too serious for that and the public are entitled to answers.

“Since abortion was legalised, almost all of the media commentary on abortion has focussed on widening access to abortion even more. Pressing for wider access to abortion is indefensible when you consider the massive number of abortions that have taken place since 2019.

“The idea that abortion is now legal and therefore all roads must lead to abortion is outrageous. Yet, that’s how government policy is operating at present. The Government’s Three Year Review of the abortion law has lost all credibility. The Minister for Health Stephen Donnelly, who is charged with overseeing the process, has shown no interest in protecting its independence. Quite the opposite, in fact.

“Over the past 12 months, he has met with ‘key stakeholders’ on multiple occasions to develop the framework for the review. He chose to only meet with pro-abortion groups and individuals and pointedly refused to meet with any representatives from the pro-life side, including his pro-life parliamentary colleagues who repeatedly sought meetings. In addition, the individuals he has appointed to assist with the review have strong pro-abortion leanings, with some of them representing the most extreme elements of the pro-abortion lobby.

“Meanwhile, for any woman who’s conflicted about whether to have an abortion, the only agencies the State will put her in contact with are groups and individuals that facilitate abortion and who have no experience in meeting the needs of women who would be open to continuing their pregnancy if they were reassured about the range of supports that would be available to them. It’s a terrible indictment of the ‘new, enlightened Ireland’ that all the focus is on abortion to the exclusion of everything else. The 1 in 3 voters who voted No in the 2018 referendum deserve to be represented at the decision making table, but are currently excluded. This has to change.

“The fact that the DOH report released today does not have the precise figures for 2021 is unacceptable and the Minister for Health needs to take steps to rectify this situation immediately”, Ms. Mulroy concluded.

The figures released by the Department of Health year on year do not include the number of abortions carried out in England on women from Ireland. This figure is 775 abortions from 2019-2021, bringing the total number of Irish abortions to 20,718.

*Today’s official report confirms that the figure of 6,700 is an approximate figure because of the 2021 cyber attack and Covid-19, according to the Department of Health. The precise figure for 2021 has yet to be established. The DOH report and the supplementary note can be accessed here.