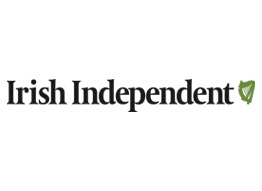 A FEW years back, at taxpayers’ expense, the Crisis Pregnancy Agency launched an advertising campaign warning women not to be manipulated by ‘rogue’ anti-abortion pregnancy-counselling agencies.

The then Health Minister Mary Harney described the manipulative behaviour of such agencies as “quite appalling”.

The pro-choice Irish Family Planning Association (IFPA) joined in the attack, with a briefing document on those ‘rogue’ agencies.

Thanks to the Irish Independent, we discovered last weekend that there are plenty of ‘roguish’ elements on the pro-choice side too. In fact, ‘roguish’ is putting it very mildly.

As this newspaper revealed, some staff working in pro-choice pregnancy-counselling agencies are giving advice that is illegal and is putting women’s lives at risk.

Staff at some IFPA branches were advising women to conceal their abortions from doctors. The same advice was given by a HSE worker.

Why they would be giving this advice is a bit of a mystery. There is nothing in law preventing a woman telling a doctor she has had an abortion, nor is having an abortion overseas illegal.

Maybe they don’t want the public knowing that abortions can result in medical complications?

Whatever the reason for this bizarre advice, Dr Simon Mills, a barrister and medical doctor, told this newspaper it was “definitely reckless and probably negligent”.

Sam Coulter Smith, Master of the Rotunda, said the advice was putting women’s lives at risk because “it is very hard for a doctor to give a woman correct advice if they are being kept in the dark and not being told the full medical history”.

Paul Anthony McDermott, a senior constitutional lawyer, said: “If a woman was to be injured or die because she failed to disclose something to her doctor, the counselling agency could potentially face civil or criminal proceedings.”

In addition, some staff at these pro-choice agencies are advising women how to illegally obtain the abortion pill, which allows women to have a drug-induced abortion within the first nine weeks.

Almost half of abortions in the UK are now drug-induced but massive bleeding can result. So, again, the danger to women should be obvious.

All of the clinics exposed by the Irish Independent receive funding from the HSE’s Crisis Pregnancy Agency (now called the Crisis Pregnancy Programme), whereas the rogue anti-abortion agencies receive no such funding.

However, aside from this newspaper, most of the rest of the media haven’t considered it to be of any importance at all.

The ‘Irish Times’ hasn’t reported a line of it, even though it gave extensive coverage to the rogue anti-abortion agencies. How on earth can it justify this?

RTE barely mentioned it and to the best of my knowledge it has featured on none of the station’s discussion programmes.

In fact, on the day the story broke, RTE judged that a new study showing smoking can damage your health (breaking story – dog bites man!) was more newsworthy than the revelation that women are receiving illegal and dangerous advice at pro-choice clinics.

The new head of news at RTE, Kevin Bakhurst, ought to investigate why this story was pushed so far down the news agenda.

When a similar story was broken by the ‘Daily Telegraph’ earlier this year, it was big news in Britain.

Over here, was it a case of most of our media, including RTE, not wanting to give the pro-life side any succour by giving proper coverage to an entirely legitimate story that happens to cast pro-choice agencies in a very bad light?

I N OTHER words, were they putting their ideology ahead of good journalism? What’s worse is that most of the editors and producers probably hadn’t the foggiest notion that this is what they were doing.

We can be sure that if further evidence came to light showing that anti-abortion agencies were giving women heavily biased and manipulative advice, it would have been given due coverage and most of our media would have been out hunting down reaction from appropriate quarters.

The Irish Independent was alone in hunting down such reaction. As reported on Tuesday, Lucinda Creighton called the revelations “extremely serious” and said they “must be investigated”.

Jerry Buttimer, chairman of the Oireachtas Committee on Health and Children, said he would be contacting the HSE to seeking clarification on the matter.

His concerns were echoed by other members of the committee, including Regina Doherty, Mary Mitchell-O’Connor and John Crown.

In fact, what this newspaper revealed this week was two scandals. The first is the scandal of the dangerous and illegal advice provided to vulnerable women by pro-choice counselling agencies. The second is the appalling double standard of most of our media that have allowed their ideological biases to suppress a big story.